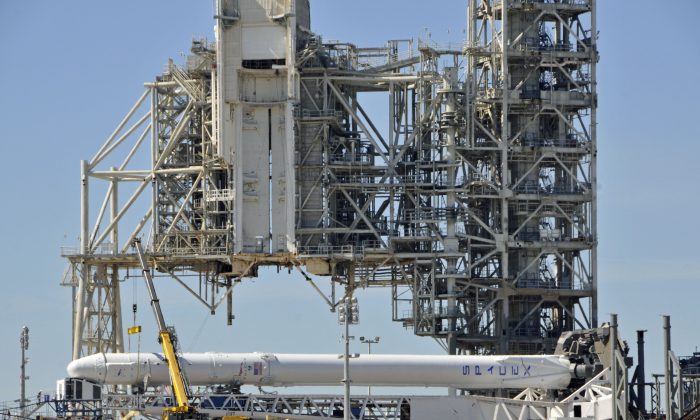 A rocket is prepared for launch at the Kennedy Space Center in Florida on Feb. 17, 2017. (Bruce Weaver/AFP/Getty Images)
By Annie Wu

A Chinese national living in California recently pleaded guilty to stealing U.S. military technology on behalf of the Chinese regime.

Between 2013 and 2015, Cathy Chen, whose Chinese name is Chen Si, sent “advanced radar, military-grade communications jammers, low-noise amplifiers, and Ka-band space communications” to China via Hong Kong, without seeking approval from the U.S. Department of Commerce, according to a July 12 report by Orange County Weekly, a California newspaper, citing federal prosecutors. Products with sensitive technology are under export control and require special permission to ship overseas.

Chen, who used multiple aliases since arriving in the United States in 2007, was able to obtain the technology through her role providing accounting services for aerospace companies, including U.S. defense contractors.

She falsified immigration papers in order to continue staying in the country. In 2012, she married a Chinese man who graduated from a Communist Party military training school in China.

Chen’s father also has ties to the military, according to OC Weekly.

After obtaining the military equipment, Chen conspired with several companies based in Shenzhen in southern China to conceal the true destination and user of the equipment. The companies include Chen Archangel Systems Space, Century Electronic International Co., and Star Aero Investment Ltd.

Federal agents obtained records showing that Chen used a disposable cell phone to reach a Chinese contact, who instructed her to, when asked, insist that the technology would not leave the United States.

She received more than $200,000 in payments for making the shipments.

Chen faces a maximum of 50 years in prison and penalties up to $1.75 million. Her sentence will be announced on Oct. 1.

A number of Chinese nationals have been caught by U.S. authorities stealing military technology in order to support the Chinese regime’s attempts to catch up with U.S. military.

Two Chinese nationals were charged with economic espionage and theft of trade secrets in 2015, after they conspired to steal source code and other key military technology from their American employers, Avago Technologies in Colorado and Skyworks Solutions in Massachusetts.