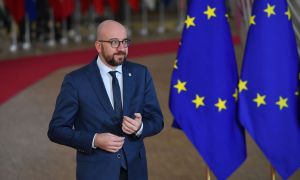 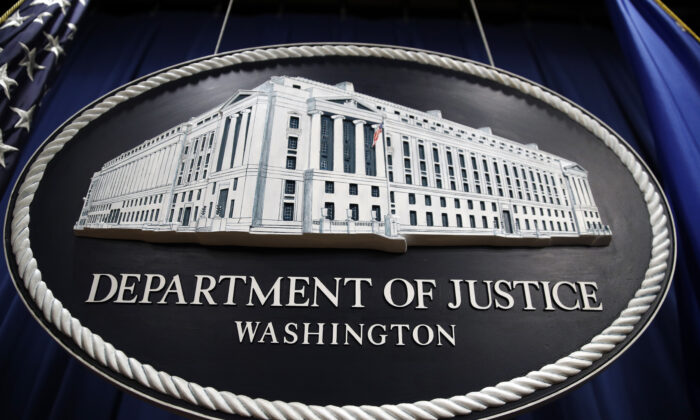 A sign for the Department of Justice hangs in the press briefing room at the Justice Department in Washington on April 18, 2019. (Patrick Semansky/AP Photo)
US News

Chinese National Indicted in US for Attempting to Steal Trade Secrets: DOJ

A Chinese national who worked for Monsanto, a U.S. agrochemical and agricultural biotechnology company, was indicted by a grand jury for allegedly spying and stealing trade secrets for the Chinese regime.

Haitao Xiang, 42, who worked for Monsanto and its subsidiary, The Climate Corporation, between 2008 and 2017 was indicted on Nov. 21 on one count of conspiracy to commit economic espionage, three counts of economic espionage, one count of conspiracy to commit theft of trade secrets, and three counts of theft of trade secrets by a federal grand jury, the Justice Department (DOJ) announced.

This is the latest in a string of economic espionage cases where Chinese nationals have been caught attempting to steal intellectual property from U.S. companies to benefit the Chinese communist regime. Some have succeeded. Since January 2018, more than 30 China-related espionage cases, including those involving Chinese intelligence officers, former U.S. intelligence officials, Chinese nationals, and naturalized U.S. citizens from China, have made the headlines.

DOJ officials said Xiang, who was an imaging scientist at Monsanto, tried to steal an algorithm that was a crucial component to an online farming software platform used by farmers to collect, store, and visualize critical agricultural field data, and increase and improve agricultural productivity for farmers. The algorithm, referred to as the Nutrient Optimizer, was considered a valuable trade secret to the agribusiness giant.

Federal officials said Xiang attempted to leave the United States with the Nutrient Optimizer in June 2017, a day after he resigned from Monsanto. But he was arrested at the airport with copies of the stolen algorithm.

“The indictment alleges another example of the Chinese government using Talent Plans to encourage employees to steal intellectual property from their U.S. employers,” Assistant Attorney General for National Security John C. Demers said in a statement.

“Xiang promoted himself to the Chinese government based on his experience at Monsanto. Within a year of being selected as a Talent Plan recruit, he quit his job, bought a one-way ticket to China, and was caught at the airport with a copy of the company’s proprietary algorithm before he could spirit it away,” he added.

The DOJ launched the “China Initiative” last November with the aim of countering threats posed by espionage by agents of the Chinese regime and other forms of China’s infiltration in the United States.

“China wants the fruits of America’s brainpower to harvest the seeds of its planned economic dominance. Preventing this from happening will take all of us, here at the Justice Department, across the U.S. government, and within the private sector,” Demers, who is leading the initiative, said at the time.

More than 80 percent of all economic espionage charges brought by federal prosecutors since 2012 have implicated China, according to the DOJ.

Meanwhile, the FBI has more than 1,000 active investigations into intellectual property (IP) theft, “almost all leading back to China,” FBI Director Christopher Wray told senators at a congressional hearing in July.