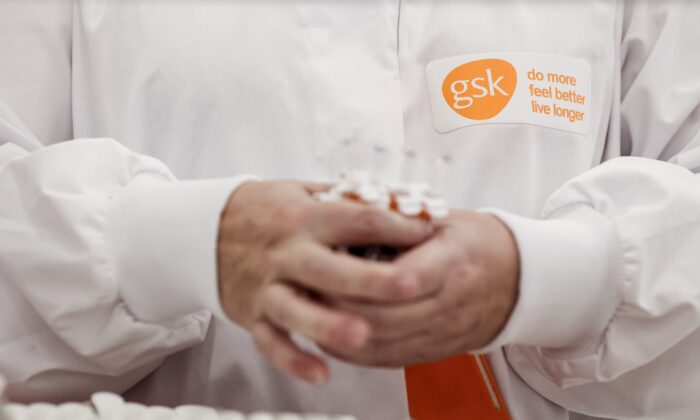 A GSK employee is at work at the factory of British pharmaceutical company GlaxoSmithKline (GSK) in Wavre, Belguim, on Feb. 8, 2021. (Photo by Kenzo TRIBOUILLARD / AFP) (Photo by KENZO TRIBOUILLARD/AFP via Getty Images)
US-China Relations

A Swiss-based Chinese scientist was convicted for his role in a family conspiracy to steal trade secrets related to cancer drugs, according to the Department of Justice (DOJ).

Xue Gongda, 52, a permanent resident of Switzerland with Chinese citizenship, was convicted in connection with a $10 billion scheme to steal cancer medications from his employer and rebrand them under his own biomedical company, U.S. Attorney Jennifer Williams announced on May 2.

“This defendant illegally stole trade secrets to benefit companies controlled by himself and his sister, one of which [was] financed by the Chinese government,” Williams said.

“The lifeblood of companies like GSK is its intellectual property, and when that property is stolen and transferred to a foreign country, it threatens thousands of American jobs and disincentivizes research and development. Such criminal behavior must be prosecuted to the fullest extent of the law.”

Both Gongda and Yu conducted confidential research into cancer for their prospective companies, and each signed confidentiality agreements as part of their employment, the DOJ stated. Gongda carried out research for publication in journals, and his sister Yu performed research for anti-cancer drugs that were then under development.

While working for their respective entities, Gongda and Yu shared confidential information for their own personal benefit, stealing and sending their companies’ information back and forth and creating new biopharmaceutical companies through which they could sell proprietary drugs under new names, prosecutors said.

Renopharma’s internal projections show that the company could have been worth as much as $10 billion based on the stolen GSK data, the DOJ stated.

Gongda was charged in 2018 and extradited from Switzerland to the United States in December 2019. The FBI arrested Yu and her Renopharma associates in January 2016.

“When a company like GSK spends billions on research and development to bring new drugs to market, the theft of valuable trade secrets poses a significant operational threat,” said Jacqueline Maguire, an FBI agent associated with the case. “When those secrets are stolen on behalf of a global adversary, it also endangers the security of our nation and the stability of our economy.

“The FBI will continue to bring all our investigative resources to bear to hold accountable criminals like Xue and his codefendants, who steal intellectual property to benefit themselves and the Government of China. Our relationships with private sector partners like GSK are critical to disrupting such costly activity and bringing those responsible to justice.”