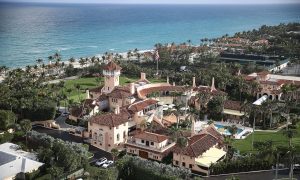 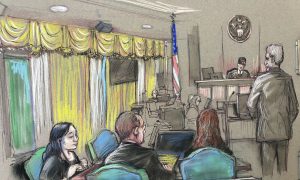 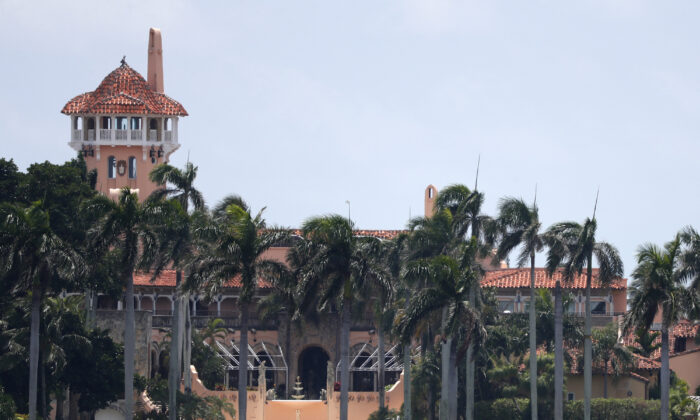 Jing Lu, 56, was confronted by the private club’s security officers and told to leave, but she returned to take photos, Palm Beach police spokesman Michael Ogrodnick said in an email. Palm Beach officers were called, and they arrested her.

Lu, who was found to have an expired visa, was charged with loitering and prowling and was being held late Dec. 18 at the Palm Beach County jail.

The president and his family weren’t at the club—he was at a rally in Michigan on Dec. 18 as the U.S. House voted to impeach him. The Trumps are expected to arrive at Mar-a-Lago by the weekend and spend the holidays there.

It’s the second time this year a woman from China has been charged with illicitly entering the Florida resort. In March, Yujing Zhang, a 33-year-old Shanghai businesswoman, was arrested after skirting security at Mar-a-Lago, while carrying a laptop, mobile phones, and other electronic gear.

Zhang was found guilty in September of trespassing and lying to Secret Service agents and was sentenced in November to time served. She is being held for deportation.

In another Mar-a-Lago trespassing case, a University of Wisconsin student was arrested in November 2018 after he mixed in with guests being admitted to the club. He pleaded guilty in May and received probation.

In both of those cases, Trump and his family were staying at the resort, but none have been threatened.

Mar-a-Lago, a 128-room, 62,500-square-foot symbol of opulence and power, sits on the Palm Beach barrier island, with the Atlantic Ocean to the east and Florida’s Intracoastal Waterway to the west. The Trump family business doubled the club’s initiation fee to $200,000 after the president was elected in 2016. He spends many weekends there between November and April, mingling with the club’s 500 members, who pay $14,000 in annual dues to belong.

Trump purchased Mar-a-Lago from the foundation of the late socialite and cereal heiress Marjorie Merriweather Post in 1985. He and First Lady Melania Trump held their 2005 wedding reception inside the 20,000-square-foot (1,860-square-meter) ballroom shortly after its completion.

Federal agencies spent about $3.4 million per Trump visit to the club, much of it on security, according to an analysis of four 2017 trips by the U.S. Government Accountability Office. The Secret Service doesn’t decide who is invited or welcome at the resort; that responsibility belongs to the club. Agents do screen guests outside the perimeter before they’re screened again inside.