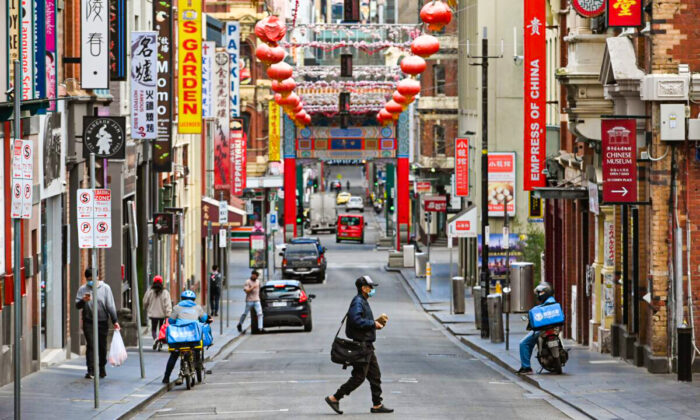 A Melbourne-based millionaire was expelled from Australia allegedly over his involvement in Chinese intelligence work, according to recent reports.

Zheng Jiefu, a property developer, is alleged to have been providing information to Chinese intelligence on the U.S.-based billionaire-in-exile Guo Wengui—linked to former Trump advisor Steve Bannon and who has a storied past with Zheng.

According to The Age and Sydney Morning Herald newspapers, Zheng had been accused by Australia’s domestic spy agency of engaging in foreign interference on behalf of Beijing, including offering AU$20,000 to the Australian-based son of a human rights activist in China—which in turn, would put pressure on his father to stop criticising the Chinese Communist Party (CCP).

Zheng has claimed that the money was merely a sign of charity.

The Australian Security Intelligence Organisation (ASIO) also suspect the millionaire assisted Chinese officials with searching for the Australian assets of CCP official Liu Yanping—former head of the Ministry of National Security who has now been accused by the regime of a “suspected violation of discipline and law.”

Zheng also allegedly confirmed to ASIO in 2020 that he assisted a Chinese spy in carrying out mundane tasks in Australia, a move he claimed was to help curry favour with Beijing to help with recovering money stolen from his company in China by the Bannon-linked Guo Wengui.

Zheng has invested around AU$40 million into Australian property. He obtained permanent residency in 1998 but ended up staying in 2008 after attending his daughter’s graduation—buying an $8.25 million mansion in the Victorian coastal suburb of Brighton.

During his visit, Zheng had been accused by Guo of embezzling $2.5 million, forcing him to stay in Australia for fear of repercussions from Chinese communist authorities.

Since Australia passed new foreign interference laws in 2018, officials have quietly deported or investigated key figures alleged to be working for Beijing.

Last week it was revealed that two Chinese international students were refused entry by the Australian Border Force for not disclosing prior involvement in military training at universities in China.

Meanwhile, controversial billionaire Huang Xiangmo, linked to Beijing’s United Front Work Department and a key figure in the downfall of Labor Senator Sam Dastyari, was denied citizenship and had his permanent residency cancelled in 2019.

ASIO stated on Feb. 14 that foreign interference and espionage had surpassed terrorism as the most serious threat facing the country, according to a Senate Estimates hearing.

The security body revealed it had disrupted a plot by an agent or “puppeteer,” acting on behalf of an unnamed foreign power, to bankroll potential Manchurian candidates for the Australian Labor Party (ALP) in the state of New South Wales (NSW) in this year’s upcoming federal election.