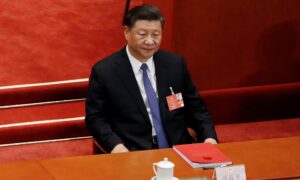 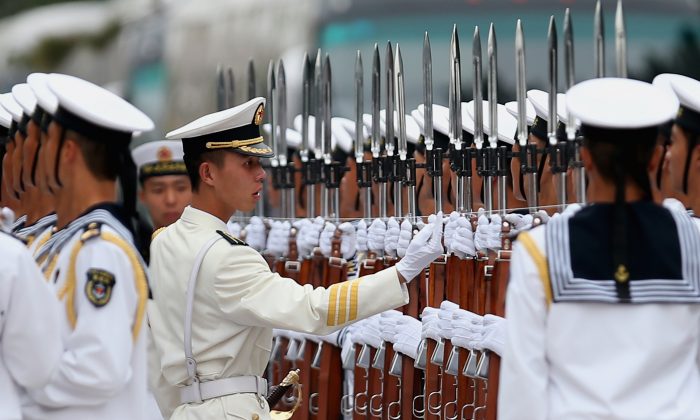 China has been training its military for a “short sharp war” with Japan, according to Capt. James Fannell, deputy chief of staff intelligence and information operations for the U.S. Pacific Fleet.

“[We] concluded that the PLA has been given the new task to be able to conduct a short sharp war to destroy Japanese forces in the East China Sea following with what can only be expected a seizure of the Senkakus or even a southern Ryukyu [island],” Fannell said, according to the U.S. Naval Institute.

Fannell spoke during the West 2014 conference on Feb. 13 in San Diego. The analysis he relayed is based partly on what was seen in China’s “Mission Action 2013” trainings in October 2013.

At the time, other military analysts had also concluded China was training to take the disputed Senkaku Islands from Japan. Chinese authorities released images of the trainings—which had a particular focus on island invasion and warfare.

The trainings were particularly large, which was to be expected since they were part of China’s trans-MAC mobile campaign. The Chinese military is divided into various Military Area Commands (MACs), and the trainings were supposed to demonstrate them working on a common campaign.

The trainings ended up turning heads, however, since what China demonstrated its military cooperating on was a massive island assault.

Around the same time the trainings were being held, also in October 2013, China and Japan were locked in a growing war of words over the disputed Senkaku Islands.

China was frequently teasing Japanese forces by having its ships and planes cross into Japanese territory around the islands. Japanese Prime Minister Shinzo Abe then gave orders to the Japanese military in late October to shoot down any foreign drones that ignore warnings to leave Japanese airspace.

Chinese Defense Ministry spokesman Geng Yansheng responded soon after, saying such a move “would be a severe provocation to China and an act of war, and China will take resolute measures to strike back.”

Soon after, on Nov. 23, 2013, Chinese authorities announced without warning an air defense zone in the East China Sea, which swallowed up the disputed Senkaku Islands.

The “Air Defense Identification Zone,” which is not being recognized by the United States or its allies, was accompanied by military threats from China against any who enter the zone and do not cooperate with Chinese authorities.

The Senkaku Islands, called the Diaoyu Islands by China, have been owned by Japan since 1895. After World War II, the United States took control of the islands—along with the full Ryukyu island chain—yet returned them to Japan in 1972. They later came under private ownership, but Japan purchased them in April 2012.

The Senkaku Islands are just a few of those claimed by China. It has similar conflicts with nearly all its neighbors in the South China Sea.

Fannell said China’s interests in the South China Sea are a growing concern. He referenced an unnamed senior U.S. government official saying China’s pattern of behavior “reflects an incremental effort by China to assert control of the area contained in the so-called 9-dash line despite the objections of its neighbors, and despite the lack of any explanation or apparent basis under international law.”

The approach by Chinese authorities to assert control over disputed territory has been particularly underhanded.

In addition to its formation of the air-defense zone in the East China Sea, China formed a fishing zone in the South China Sea to deny access to other countries.

Chinese authorities have also been using so-called military drills to occupy territory or stir up tensions with its neighbors. They often call the drills a form of “protection of maritime rights,” which Fannell said is a “Chinese euphemism for coerce seizure of coastal rights of China’s neighbors.”

He noted that during one of China’s military drills in the East China Sea, “Japan said that a Chinese warship locked its fire-controlled radar onto a Japanese warship.”

“China denied it for a month, but then admitted that it occurred, but said that it was not in danger since the range between the two ships was too close for a weapons system,” he said.

The Chinese coast guard has also been going around disputed waters “playing the role of antagonist, harassing China’s neighbors while PLA Navy ships, their protectors, [make] port calls throughout the region promising friendship and cooperation.”

Fannell added, “Seriously, you just can’t make this stuff up.”