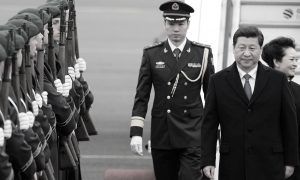 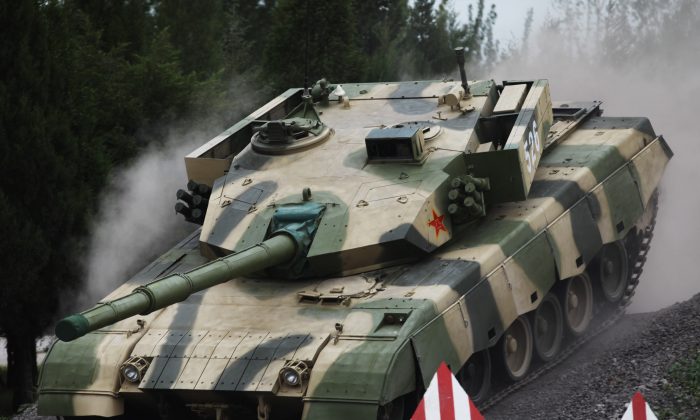 A tank is put on display at the Academy of Armored Forces Engineering of the PLA on July 22, 2014 in Beijing, China. At a recent Chinese military exercise, an entire battalion of tanks broke down in two days time. (ChinaFotoPress/ChinaFotoPress via Getty Images)
China

Jokes about the Chinese regime’s “North Sword—1405” military exercise abounded in China’s Internet recently. Armored brigade soldiers of the regime’s 27th Army were suppose to drive 40 tanks over nine consecutive days and nights for the exercise, but the tanks broke down in the middle of the trip after two days. The weaponry was held at the Zhurihe training base in Beijing’s military region.

Brigade commander Hou Minjun said that he had never traveled 145 miles (234 kilometers) in two consecutive days and nights before during his 32 years of his military service, state media reported. He watched as 40 tanks broke down one after another within two days. Only 15 tanks were repaired. He said nearly all of the battalion’s equipment was lost, which, although in a non-combat situation, was a bit pitiful.

His remarks triggered an uproar on the Internet, with many Chinese Netizens ridiculing the situation.

According to a draft budget report submitted by the Chinese regime’s Ministry of Finance on March 5 last year, the army’s budget in 2014 was approximately 808.2 billion yuan (about US$132 billion) with an annual growth of 10 percent or higher in the past four years.