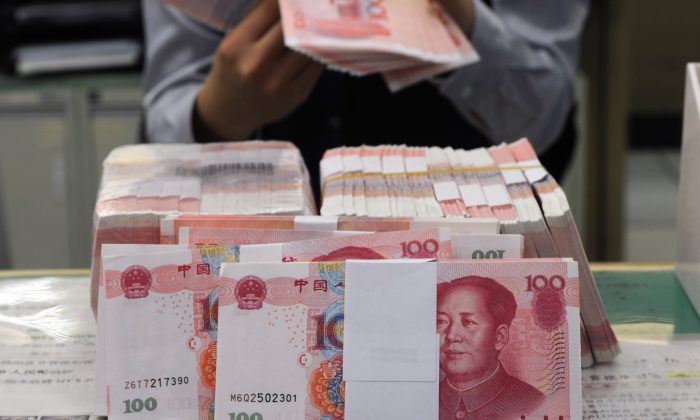 Chinese Media Publish on How to Buy and Sell Official Positions

How to sell or buy an official position? When is the best time to do it? Who are possible candidates for selling or buying official positions? The Chinese Communist Party mouthpiece Xinhua news agency exposed some of the details of the rampant official corruption in China by interviewing a number of staff at the anti-corruption organizations.

After inspecting 31 provinces, 7 central institutions, 6 central enterprises, and two affiliated universities in the past two years, central inspection teams have discovered that bribing for promotion and even buying a position are severe issues in many places. The amount of bribery for official positions in some cases reach tens of millions yuan (10 million yuan equals US$1.63 million), the report says.

Lots of individuals sold official positions, including the top official in a unit who has the power to decide personnel changes, the second-in-command, sometimes the third and even fourth-in-command take bribes to assist people to get promoted, the report says.

The best chances to bribe higher officials are during holidays, when their family is sick, when their children plan to study abroad, and during an important family event such as a wedding.

Buying and selling official positions also happened frequently before elections and before the changing of Party leadership.

Sometimes higher officials would leak information of personnel changes to attract bribes. Some other times the official positions were even priced so that the higher official would clearly request a certain amount of money from people. Without getting the money, the person would not be promoted, the report says.

An anti-corruption expert indicated that since the amount to bribe an official position is quite a lot, people often borrow money, get loans, seek private company owners for a sponsorship, and embezzle public funds to get the bribe money.

One reason for such rampant buying and selling of official positions in Chinese officialdom is because of the concentrated power in the single leader in a unit. If the leader is a corrupt official, it would leave others no way to gain a promotion but through bribery.

The election and official promotion system is not regulated, has no transparency, and has too many ways in which individuals can corrupt it. The lack of a monitoring and reporting system is also a reason for the occurrence of corruption, the report says.

An example of selling official positions was given as a typical case of its kind. Zhang Xiaodong, Party secretary of Anyangyuan City of Henan Province has been charged with 33 cases of taking bribes, all for personnel changes. In the biggest case, Zhang took two million yuan ($326,547) in bribes to give someone a promotion.

The report, which was published on Nov. 16, was widely reproduced by Chinese media and internet portals. However, many of the mainland websites deleted the report on Nov. 17, including the Xinhua website itself, without giving any explanation.