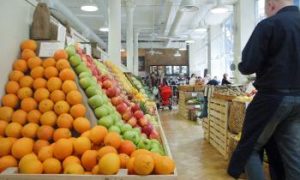 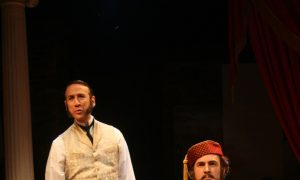 Theater Review: 'Around the World in 80 Days'
0 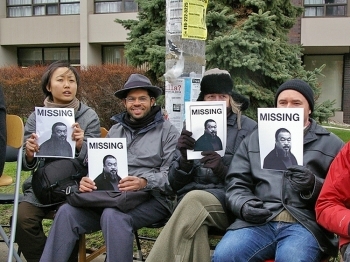 A group of about 100 people from the Toronto art community gathered outside the Chinese consulate on April 17 in Toronto, in support of the Chinese artist Ai Weiwei, who has been detained by Chinese authorities. (Zhou Xing/The Epoch Times)
China

Artist Ai Weiwei was taken away by police at the Beijing Airport on April 3. Since then, several of his colleagues have also gone missing and their whereabouts remain unknown.

Lately, the Chinese regime’s army of undercover “Fifty Cent Party” Internet commentators and regime-controlled mass media have been spreading propaganda to smear Ai, saying he is suspected of economic crimes and tax evasion, among other things.

Renowned U.S.-based political commentator He Qinglian believes Ai poses a genuine challenge to the regime. In a recent article she said that 99 percent of Chinese officials should be indicted based on the standards Chinese authorities are imposing on Ai. Ai’s so-called “economic crime” was only an excuse to prevent Western media from making the connection that Ai’s arrest was based on human rights or political issues, she added.

He said Ai has challenged the communist regime’s political power in his own unique, idiosyncratic ways. That’s the reason why Ai has such a wide range of followers in China and has attracted international media attention.

“Now that the dictators in the Middle East and North Africa have been toppled one after another, Beijing feels an imminent political crisis. At this moment, the need for maintaining an international image has taken a back seat, while ‘stability maintenance’ has become the primary, or even only, need,” He said.

Richard Burger, author of the China blog “Peking Duck” and former editor at the Global Times, said in an April 13 blog that Global Times staff was told to “toe the Party line at all costs.”

Burger said Hu Xijin, editor in chief of The Global Times, gave the following orders at a closed-door Chinese staff-only meeting on April 4:

“They were to go to their desks and seek out any Chinese comment threads, any discussions on Chinese BBS’s and portals and blogs—any discussion on the Internet at all—about the detention of Ai Weiwei and counter them with the party line, as expressed so clearly and ominously in a recent Global Times editorial, namely that Ai Weiwei is a self-appointed maverick who deserves to be detained, and who is being used by hostile Western powers to embarrass, hurt and destabilize China. This was not a request, it was a direct order. It was compulsory.”