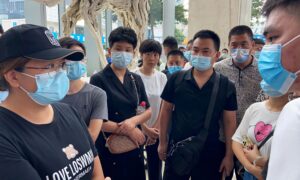 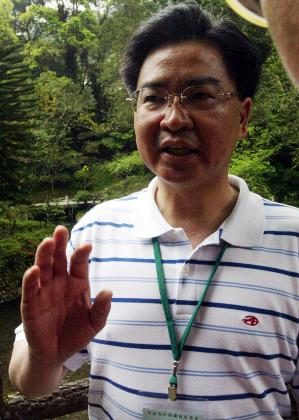 Taiwan’s Mainland Affairs Council (MAC) Chairman Joseph Wu said on April 10th that official Chinese media outlets Xinhua News Agency and the People&#039s Daily only air opinions from the "extreme sides of Taiwan&#039s political spectrum," and that their reports are not helpful to promote understanding between the two sides of the Taiwan Straight. The government thereby temporarily banned these two Chinese media from sending journalists to Taiwan. (Central News Agency)
China

Taiwan’s Mainland Affairs Council (MAC) banned China’s government-controlled Xinhua Agency and the People’s Daily from stationing journalists in Taiwan due to the government’s decision of “Overall review of exchanges with China.”

Nevertheless, the move was criticized by the opposition camp as a setback for press freedom. The MAC’s Vice Chairman Huang Weifeng stressed that the coverage on Taiwan by these two Chinese official news media outlets often “distorted the truth,” and they have not helped with any media exchange between the two sides of the Taiwan Straight.

Reports of the People’s Daily Online

On March 26, the People’s Daily Online posted some articles titled “Taiwan’s Peace Lies in Anti-Taiwan Independence” and “The March-26th Demonstration: Disguise of Taiwan Independence.” These articles stated, “Only a handful of people on the island with a vicious mindset purposely construed this peaceful law (Anti-Secession Law) as a war-authorization law in an attempt to mislead Taiwanese people on a wrong path.” “The long-agitated March-26th parade finally came to an end, and the farce aimed at enactment of the Anti-Secession Law was strongly criticized by the island’s media. The overwhelming majority of Taiwanese people love peace.”

In response to the reports on the People’s Daily Online , MAC’s Vice Chairman Huang Weifeng expressed that based on the principle of press freedom; the MAC has never interfered with the Chinese media’s position. In the wake of passage of the Anti-Secession Law, many organizations in Taiwan have conducted various polls showing that 50 to 90 percent of Taiwanese people are against the Anti-Secession Law. However, these two official Chinese media repeatedly reported that simply “a small handful of people” are against the Anti-Secession Law. The tactic that ignored “objectively existing facts” and “viciously distorted” the truth not only failed to truthfully reflect the voice of the people of Taiwan, but it also misled the people and leadership in China. In the meantime, it contradicts the original objective of the policy permitting Chinese journalists to come to Taiwan to promote mutual understanding between Taiwan and China.

Referring to the Xinhua News Agency and People’s Daily’s reports on the March-26th massive counter Anti-Secession Law parade, Yao Wenzhi, Director General of Taiwan’s Government Information Office (GIO), and Executive Yuan, said on April 11 that the official Chinese media’s coverage was nothing more than untruthful reports, which were unhelpful for media exchanges and press freedom, so we must put an end to the policy according to law; in reality the GIO simply carried out the decision made by the MAC, and the government doesn’t intend to completely ban Chinese media from coming to Taiwan.

Legislators from the pan-blue camp, the National Party (Kuomintang or KMT) and the People First Party included, criticized that the MAC’s decision to ban reporters of two Chinese media outlets from entering Taiwan was a setback for cross-Straight exchange and might amount to a clamp down on Taiwan’s “press freedom.”

Wang Jinping, Speaker of Taiwan’s Legislative Yuan and the concurrent Vice Chairman of the KMT, expressed that if cross-Straight relations cannot be improved, at least it should not backslide.

Lin Fengzheng, Secretary General of the KMT, criticized the move of the Taiwan government as an “abnormal measure.”

Joseph Wu, Chairman of the MAC said on April 10, that the Chinese media outlets only air opinions from the “extreme sides of Taiwan’s political spectrum,” and it has never helped to promote the understanding of the people on the two sides of the Taiwan Straight. He added that the Council’s original objective of permitting Chinese journalists to come to Taiwan was to promote mutual understanding between Taiwan and China. However, Beijing strictly blocks all Taiwanese news Web sites, and people in China have no access to Taiwan’s local news coverage — restricting the Chinese public’s knowledge of Taiwan.

When answering an interpellation at the Legislative Yuan about the government’s stopping the Xinhua News Agency and People’s Daily from sending journalists to be stationed in Taiwan, Premier Xie Changting said he hoped that this move would not be mistaken as a termination of media exchange between the two sides of the Taiwan Straight or a setback for press freedom. He added that banning China’s media from sending reporters to Taiwan is a practice performed by the MAC according to its regulatory function, so there is no need for the MAC to report it to him.

The MAC’s spokesman You Ying-lung said as China is a totalitarian country, journalists may not always be the ones who should be blamed outright, but Taiwan has its own national security concern. Therefore, the review of China’s sending staff to be stationed in Taiwan would be done on a monthly basis; as long as the situation concerned is improved, the Xinhua News Agency and People’s Daily still would have the chance to send reporters to Taiwan.

Chen Zhengnong, a columnist associated with the Taiwan Daily commented that the establishment of branch offices and the accreditation of reporters in Taiwan for China’s media organizations has more political objectives than news reporting itself, and that their presence in Taiwan is more significant for propaganda rather than for press freedom.

The Taiwan Daily mentioned there is no “press freedom” in China. Not only does China suppress China’s media, it also suppresses Taiwan’s counterparts.

The report said media exchange should be made based on the principles of equality and mutual benefit. However, China imposes all kinds of restrictions on Taiwan’s media accredited to China. Not only is news interview restricted, but press censoring is also a common occurrence. Taiwanese reporters were even arrested on several occasions. The so-called “cross straight media exchange” is far from being free or equal. Furthermore, China is highly selective when issuing permits for Taiwan’s media to set up offices in China.

As long as a Taiwan medium is inclined to report Taiwan’s local standpoint or holds sympathy for Taiwan’s independence, it is destined to being restricted in China. The restriction can be extended to the visa application of its reporters for making a tour of pleasure in China— the application may encounter innumerable obstacles or even be rejected. In addition to the strict control of media, China’s screening and shutting out of Internet news and information is a well-known fact. The reception of satellite TV programs is also tightly restrained in China. For instance, in a press conference held by the New Tang Dynasty TV (NTD TV) on April 12, China was accused of trampling on the rights of information and hindering the free flow of information. Under pressure imposed by China, the European satellite company, Eutelsat, which transmits NTDTV’s signal to Asia, has decided in December 2004 to terminate the transmission effective April 15, 2005. Eutelsat’s decision has ignored and infringed upon the rights of the audience in Asia.

It is reported that some pro-China media of Taiwan have “turned a deaf ear and a blind eye” to China’s clamping down on press freedom in order to extend their business to Mainland China. On the contrary, they even accused the Taiwanese government of causing a setback for press freedom, regardless of the fact that these two government-controlled Chinese media outlets in Taiwan distorted the nature of press freedom.