A Higgs, the Higgs … is math at the root of reality?
0
Share Now
FacebookTweetParlerEmail
Copy Link 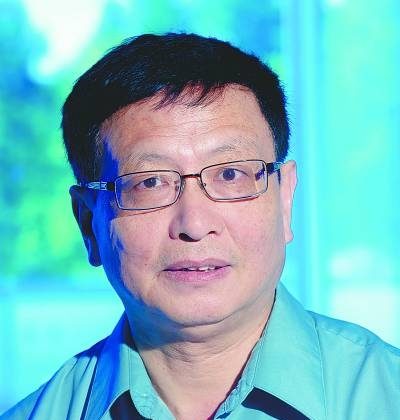 Zhang Yitang, who made a breakthrough in understanding prime numbers (University of New Hampshire)
China

A previously unheard of mathematician has proved an important theorem on prime numbers, surprising the mathematics field and earning international fame overnight.

Hailing from China, lecturer at the University of New Hampshire, Zhang Yitang has proven that there are infinitely many pairs of prime numbers that differ by less than 70 million.

In April, Zhang submitted his paper to Annals of Mathematics, the field’s most prestigious journal. Three weeks later—considered a remarkably short amount of time within the academic discipline—Zhang received a report from the journal’s referees confirming the accuracy of his results.

As numbers grow larger, the amount of prime numbers—numbers that are only divisible by one and themselves—diminish, and thus, the gap between one prime number and the next grows farther apart. Zhang’s paper proves that no matter how far down the number line you go, there will always be a pair of prime numbers that is less than 70 million units apart. His paper is set to be published in the Annals.

One of the referees said of Zhang’s work, “The main results are of the first rank” and that the paper proved “a landmark theorem in the distribution of prime numbers,” according to a report by the math and science research foundation, Simons Foundation.

This is considered to be a critical step in solving one of the the great mysteries of number theory: the twin prime conjecture, which proposes that there are infinitely many pairs of prime numbers that only differ by two (like 3 and 5, 11 and 13).

Zhang was born and raised in Beijing, though his ancestral hometown is in Zhejiang Province. In 1978, he was accepted into the mathematics department of Peking University, earning a master’s degree there. In 1985, he came to the United States to earn a doctorate in mathematics at Purdue University.
While in the United States, Zhang also joined the Chinese Alliance for Democracy, an overseas organization dedicated to the democratic cause in China.

But after he earned his doctorate in 1992, he was unable to find a job in academia. He worked for several years as an accountant and at restaurants doing delivery, while continuing to investigate mathematical problems and follow the latest in the field.

In 1999, he got a position at the University of New Hampshire as a teaching assistant, then was promoted to a lecturer position several years later. Despite his heavy teaching load and the lack of research funding, he pursued a number of research projects.

Four years ago, Zhang began work on the twin primes conjecture, but hit a rut. Then, during a vacation trip to Colorado to visit a friend last July, a possible solution dawned on him.

Shortly after news of his paper spread across the mathematical community, mathematicians at Harvard University arranged for Zhang to present his work there. On May 13, his lecture at Harvard was warmly received and prompted invitations from multiple research institutes in the United States.

According to an article published by the Guangzhou newspaper Southern Weekend and written by Zhang’s Colorado friend, Jacob Chi, Zhang was invited two years ago by China’s leading research institution, the Chinese Academy of Sciences to return to the country for a speaking opportunity—which he refused. The Chinese regime has for decades operated a number of official and semiofficial groups that attempt to co-opt overseas Chinese who have professional accomplishments, in order to burnish the reputation of the Party.

Zhang was approached by officials from the Chinese Consulate, who sought a written explanation as to why he did not return to China after studying abroad. Describing the encounter, Chi wrote: “A man who never loses his temper and is always good to everyone, he left angry, feeling offended.”

In an interview with the Chinese edition of Radio France International, Zhang said that he has no plans to return to China because he enjoys the freedom to pursue whatever interests him in the United States. China’s a place, he said, where “I wouldn’t be able to think and act independently, so I wouldn’t be me anymore.”