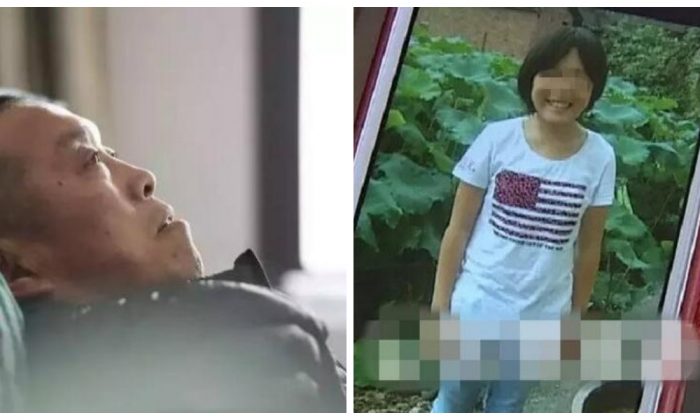 Chinese Man Lauded For Sponsoring Orphan Girl, Then Revealed to Be Her Biological Father

In March, Zheng Juming, a 53-year-old man in southeastern China, became a paragon of humanitarianism when it was reported that he had been shelling out money to support an orphaned girl in a province over a thousand miles away, for eight years.

The touching story was carried by dozens of media outlets throughout China, and even local authorities held Zheng up as a social role model.

His claim to fame was short-lived, as villagers living in the girl’s home province of Sichuan revealed in April that she was in fact Zheng’s daughter by a mistress.

As the original reports would have it, the girl, Tianfeng, had been abandoned by her birth mother and then adopted into a poor family in Sichuan Province.

Zheng, a security guard working in the coastal province of Zhejiang, was supposedly moved by the reports and decided to support Tianfeng by providing consistent payments of dozens of yuan out of his 800-yuan (about $125) monthly wage.

The truth was more complicated, as reported by Chengdu Business Daily. Zheng was Tianfeng’s birth father, and her adopted mother is the younger sister of Zheng’s mistress. Tianfeng herself was born in 2003 and is now 12 years old.

Zheng had invented the story about his daughter being an orphan when he showed a photo of Tianfeng to a colleague and had to explain himself.

But what started out as a simple excuse soon became well-known in the community and soon the media was on the story. At this point, Zheng had been diagnosed with lung cancer, and, to protect his family, he maintained the fabrication.

When pressed on April 21, Zheng admitted that he made everything up and apologized to his wife, son, Tianfeng, and the media.

“I will kneel down before them and acknowledge my mistake,” he said.

Because of his cancer, Zheng may not be able to assist Tianfeng or her family for much longer.

“If I don’t survive, I want to see her again, lest I feel massive regret.”