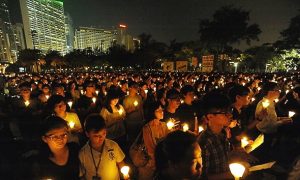 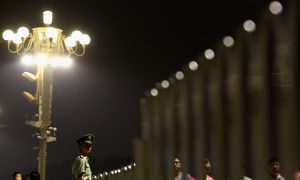 The Tanks of Tiananmen Crushed Idealism, Too
0
China

It is legal in China to hold a protest, as long as you’ve been issued a permit—but if you apply for a permit, you might be arrested and thrown in jail.

That’s what happened to Gu Yimin, an activist who wanted to recreate the protests of 1989 in Tiananmen Square. On Monday, a court in Jiangsu Province sentenced Gu, who had been detained since May of 2013, to 18 months in jail and deprivation of political rights for two years, according to Deutsche Welle Chinese.

Gu was charged and convicted of “inciting state subversion” for applying in May 2013 to Public Security to hold a small scale demonstration to commemorate the 24th anniversary of the 1989 Tiananmen Square protests and for posting photos of that event on the internet.

“Today the trial process was very rushed,” said rights lawyer Liu Weiguo, who is representing Gu. He told AFP that Gu was brought into the courtroom, the pre-determined verdict was read, and he was taken out again. He had no chance to speak to his lawyers before the court was closed.

“This judgment violates the constitution,” Liu said. “We maintain that Gu Yimin was exercising his right to freedom of speech.” He added that they would appeal the verdict.

Liu told interviewers that Gu had withdrawn the application and that it is not illegal to post a photograph of an incident.

Outside the court, Gu’s lawyers were attacked by a group of thugs, believed by rights activists to be plain-clothes security agents. Lawyer He Hui was beaten by the attackers, and took a hard blow to his head. Photos of the injury were widely circulated on the Internet. Because he felt dizzy and unwell after the beating, he refused interviews.

Police were present when the lawyers were set upon but did nothing to stop the beating, even when begged by Gu’s family members and onlookers. The police instead took the lawyers to the police station for questioning.