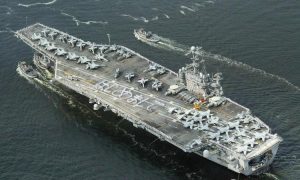 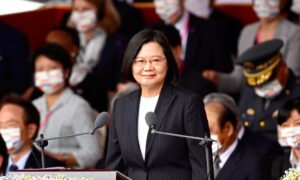 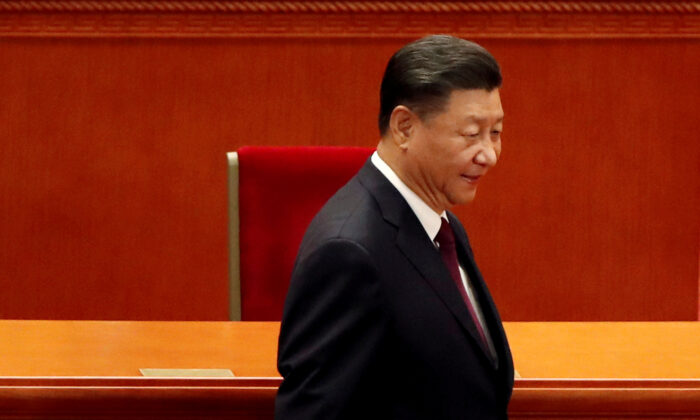 Chinese leader Xi Jinping told the country’s marines to put “all [their] minds and energy into preparing for war” as the regime continues to ratchet up pressure on Taiwan.

During an inspection of a marine base in the southern Chinese city of Chaozhou on Oct. 13, Xi told troops to focus on preparing for war and “maintain a high state of readiness,” according to the official publication of the Chinese military. Xi is head of the Chinese Communist Party’s (CCP) armed forces, known as the People’s Liberation Army (PLA).

Xi emphasized the CCP’s “absolute leadership over the armed forces,” and the need to “guarantee that troops are absolutely loyal, pure, and reliable,” according to Chinese state-run media Xinhua. He also spoke of “passing on the red gene” within the PLA Marines and developing a fighting spirit of “not fearing suffering nor death.”

The remarks come as the regime has sharply escalated military pressure on Taiwan in recent months. The CCP considers the self-ruled island as part of its territory and has never ruled out using force to bring it under the Party’s control.

The PLA aircraft have crossed the sensitive “median line” of the Taiwan Strait—a demarcation that has served as an unofficial buffer zone—almost 50 times so far this year, the highest since 1990.

As of Oct. 7, the PLA has sent 1,710 aircraft and 1,029 vessels into Taiwan’s defense zone, prompting the island to scramble nearly 3,000 jets in response, according to Taiwan’s Defense Minister Yen De-Fa.

Taiwan President Tsai Ing-wen, in a speech celebrating the island’s national day last week, portrayed the regime as an aggressor in the region while saying she was willing to hold talks with Beijing. On the same day, the regime conducted large-scale island invasion military exercises on China’s southern coast opposite Taiwan.

Beijing in response accused Tsai of having a “confrontational and hostile” mentality toward the regime.

Wang Juntao, a U.S.-based Chinese democracy activist and scholar, believes that Xi aims to fight a war by 2027—the year marking the 100th anniversary of the founding of the PLA.

“He wants to fight a war and achieve the status of a ‘great military general,'” Wang told the Chinese-language edition of The Epoch Times.

He said that this plan is a hidden component of Xi’s “China dream” which seeks to transform the country into a global superpower by 2049—the 100th year since the Party’s takeover of China.

“The Americans are already watching him [Xi] very closely,” Wang said. “But he must prepare for war.”

Wang said the PLA does not have the capacity to mount an invasion of Taiwan in the next two to three years, but may seek to take one of its outer islands, such as Kinmen and Matsu, which are closer to mainland China.

Meanwhile, the United States has stepped up its cooperation with Taiwan in recent months, drawing Beijing’s ire. Washington is moving ahead with large arms sales to the island, including for a missile defense system and advanced drones, Reuters reported on Oct. 13, citing unnamed sources familiar with the situation.

A U.S. warship sailed through the Taiwan Strait on Wednesday in a “routine” passage, the American military said on Oct. 15, provoking an angry response from the PLA.

“The ship’s transit through the Taiwan Strait demonstrates the U.S. commitment to a free and open Indo-Pacific,” U.S. Pacific Fleet said in a statement.

While the regime considers such acts a violation of its sovereignty, the United States and many other countries consider the Taiwan Strait as part of international waters and therefore open for passage.