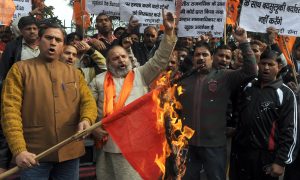 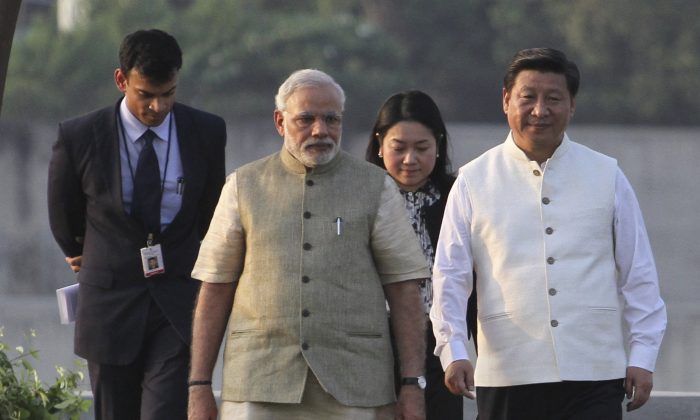 On Sept. 17, the day that China’s Communist Party leader Xi Jinping visited India for the first time, two more things happened: Xi published a rare editorial in India’s main English-language newspaper, The Hindu, extolling the importance of ties between the “Chinese Dragon” and the “Indian Elephant,” a high-profile promise of good will. And on same day, Indian and Chinese troops engaged in another clash along the disputed border in the Himalayan mountains.

The contradiction at the beginning of Xi’s three-day trip highlights the continued deep strategic mistrust between the two countries, as well as an attempt now to build what is a still underdeveloped bilateral relationship.

A foundation of that relationship may be economic, as Xi Jinping and Narendra Modi, India’s new prime minister since May, have entertained a $100 billion series of investments from China over the next five years. The number would triple that pledged by Japan during Modi’s trip there recently. Much of it would go to railway projects, while other chunks of the money will be spent in Modi’s home state of Gujarat, and help with his job creation agenda.

Xi brought with him 100 Chinese business heads, including from state-owned firms and state-connected national champions like Huawei. Xi is expected to address an assembly of around 400 executives in Delhi during the trip; the investment agreements will likely be inked on Thursday, the second day of the visit.

The effort to excite interest in the economic relationship highlights the current lack of Chinese business interest in India, and the paucity of Indian investment in China, which may not change after the trip.

This is in part because there is not a great deal of familiarity between the countries. India’s community of China experts are often focused on border issues and strategic concerns, few are conversant with Chinese culture or its language, and given the size of the populations and the importance of the relationship, there is relatively little cross-pollination through widespread tourism or people-to-people exchanges.

All this for what Xi Jinping, in his editorial, called “one of the most dynamic and promising bilateral relations in the 21st century.”

The newspaper quoted Sun Shihai, a scholar with the Chinese Academy of Social Sciences, the official think tank, who said that: “During his trip, Chairman Xi Jinping has heavily emphasized the ‘Asian Century,’ for one to say that both sides should be more confident in ‘Asia’s Rise,’ and secondly to emphasize that for a true Asia Rise, both countries will need to collaborate and advance together, and prosper together.”

What exactly these platitudes translate to in foreign policy terms is quite unclear. The Communist Party’s formalistic, top-down mode of conducting foreign relations does not square well with the grassroots, people-driven forms of engagement that the Indian diaspora is used to.

At the very least, an expanded economic relationship would benefit both parties, as both Modi and Xi seek to boost their economic growth, both in numbers and quality. Each country is emerging from a period of what has been characterized as economic stagnation, under Prime Minister Manmohan Singh in India and Party Secretary Hu Jintao in China.