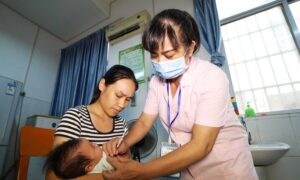 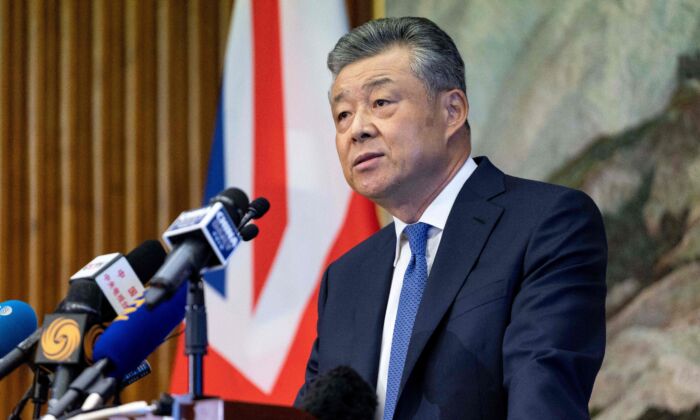 China's ambassador to Britain Liu Xiaoming speaks to members of the media during a press conference relating to continuing unrest in Hong Kong, at the Chinese Embassy in London on November 18, 2019. (NIKLAS HALLE'N/AFP via Getty Images)
Chinese Regime

Just days after the fifth plenary session of the Nineteenth Central Committee of the Chinese Communist Party (CCP), Chinese leader Xi Jinping declared a new wave of removals and appointments for ambassadors.

China on Nov. 4 also suspended entry for travelers from four countries into China.

The Chinese embassy to the UK issued a notice on the temporary suspension of entry into China by non-Chinese nationals in the UK holding valid Chinese visas or residence permits due to the local spread of COVID-19 that has seen the government announce a lockdown.

According to the notice, such foreign visa holders are denied entry into China for the time being. However, the notice said that holders with diplomatic, service, courtesy or C visas are exempt from the temporary travel ban.

Also, foreign nationals who have to visit China for an emergency or special needs may apply to their local Chinese embassy for an exemption, the notice stated.

Chinese embassies to the Philippines, Bangladesh, and India released the same notices to the public.