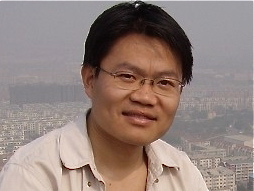 Attorney Wang prior to his incarceration. (Photo provided by a source in China)
China

Wang Yonghang is an attorney in Dalian who has entered not guilty pleas for Falun Gong practitioners many times. In 2009, Wang was illegally sentenced to seven years by the Chinese Communist Party and he is detained in Shenyang’s No.1 prison.

Sources say that on July 4, 2009, Zhou Yongkang, head of the Politburo’s Political and Legislative Affairs Committee, demanded the attorney’s arrest.

In May 2012, Wang was said to have been subjected to long-term persecution and torture. Currently, he is in critical condition, suffering from pneumonia, chest congestion and a build up of fluid in tissues around his abdomen. Now paralyzed from the waist down, he is even too weak to speak.

According to a report released by Chinese Human Rights Defenders, Wang’s wife said that he had been transferred from the No. 18 prison district to the No. 1 prison district, and was in desperate need of professional medical care.

Her requests to see her husband have been denied many times and the couple was prohibited from seeing each other during the last three years. The local security bureau even threatened that she was not allowed to disclose any information about her husband’s condition, and, as she stepped outside, there were people following and monitoring her.

The prison authorities will neither release him nor assume any responsibility for his condition, but they claim to the outside world that he has been treated very well; meanwhile, they continue frequent brutal punishments.

Wang Yonghang published seven articles and open letters to China’s highest judicial organs through The Epoch Times. In 2008 he released his open letter to Hu and Wen, pointing out that it is against the law and constitution to accuse Falun Gong of crimes based on Article 300 of the Criminal Law of the People’s Republic of China.

He offered legal help to Falun Gong practitioners and on June 16, 2009, he defended a Dalian Falun Gong practitioner, Cong Rixu, and entered a not guilty plea for him in court. His courageous and righteous act irritated China’s authorities. Subsequently over 20 police secretly took him out of his house to the Dalian Detention Center.

From the beating he received, Wang Yonghang suffered fractures of his right leg which caused him to be handicapped for life and he also contracted pseudomonal infections which have remained untreated during his three-years in custody. In prison, he was subjected to force-feeding and torture for attempting to stop other inmates from beating Falun Gong practitioners.

On Feb. 4, 2010, Wang was illegally sentenced to seven years imprisonment and detained in Shenyang’s No. 1 Prison. On the evening of Oct. 11, 2010, he was beaten by several inmates by order of the prison guards, causing serious damage. Afterwards, he was locked in a prison cell for further persecution, which left him physically and mentally ruined. In May 2012 he was said to be in critical condition, having been nearly persecuted to death.