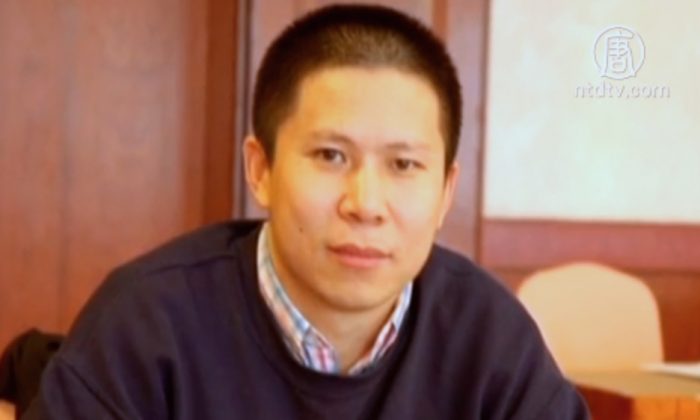 Xu Zhiyong, a Chinese lawyer seeking justice has been persecuted by the Chinese Communist Party. (Courtesy of NTD Television)
China

From Gao Zhisheng to Xu Zhiyong, every Chinese lawyer seeking justice has been persecuted by the Chinese Communist Party (CCP). They have commonly experienced kidnapping, violence, license revoking or imprisonment. Such a situation recently prompted over 40 lawyers to jointly sign a “Letter of Intent for Mutual Support Among Chinese Lawyers.” Its purpose is to receive help from peers when being oppressed by the authorities, and to enable them to carry on their work without worries about their families.

The letter follows the principle that one who helps others will be helped, and of maintaining a voice of conscience. It calls on all Chinese lawyers to voluntarily sign on. If any lawyer signing the letter loses his job, freedom, or license due to political oppression, or is arrested and sentenced, other lawyers will offer help to the victim’s family.

According to Radio Free Asia, over 40 lawyers have signed the letter, including Chen Jiangang, Sui Muqing, Ge Wenxiu, and Hu Guiyun.

“Lawyers such as Liu Shihui, Tang Jingling and Chang Boyang are now under arrest. Their families are probably facing many difficulties. Once the lawyer is in trouble or arrested the family living expenses and children’s tuition can be a problem,” Chen Jiangang, a lawyer from the Yingke Law Firm told NTD.

Before the 25th anniversary of June 4, Chinese authorities arrested petitioners and dissidents, including many rights lawyers, on a massive scale.

On June 1, Chinese lawyer Liu Shihui was illegal detained and treated violently by police in Guangzhou. Previously, on May 13, Liu had been arrested by Shanghai officials for “disrupting public order.”

On May 16, Guangdong lawyer Tang Jingling was arrested for “starting quarrels and provoking trouble.” Police in the Baiyunshan District of Guangzhou City also confiscated his property and belongings.

On the evening of May 27, Henan rights lawyer Chang Boyang was taken away by the police. Another Zhengzhou lawyer, Ji Laisong, was also arrested.

“Currently the environment for lawyers is very bad,” Guangzhou lawyer Sui Muqing told NTD. “On any day, each of us has to be prepared to be arrested. You never know why you are being arrested. Even as lawyers, we have no idea how the CCP arrests people according to the law.”

Sui said the CCP claimed that Chang Boyang and Ji Laisong gathered people under the pretext of sharing a meal, leading to the charge of “disrupting public order.” Sui said he finds this logic incomprehensible, how they could disrupt public order simply by holding a dinner party.

“It doesn’t matter whether the law is good or not, the CCP has completely ignored the laws in taking any action,” Sui said. “In the past, I thought they still put on an act. Now they don’t even attempt to fake it at all.”

In March, four Chinese lawyers Jiang Tianyong, Wang Cheng, Zhang Junjie, and Tang Jitian were detained and tortured at the Qinglongshan Brainwashing Center in Jiansanjing, Heilongjiang Province for trying to meet with their clients, Falun Gong practitioners who were illegally detained there. The lawyers sustained a total of 24 broken bones from police beatings.

According to Beijing lawyer Wang Yu, China has a Justice Bureau and Lawyers’ Associations. When lawyers are in danger, those offices should offer necessary assistance, however, they are actually aiding the CCP’s public security, procuratorates and courts in repressing lawyers.

“The CCP’s annual [lawyers’] assessment system is all about suppressing rights lawyers,” Wang told NTD. “I hope the international society will pay more attention to how the CCP pressures Chinese lawyers with the annual assessment.”

In 2005, authorities suspended the license of famous Chinese lawyer Gao Zhisheng, after Gao wrote a public letter calling for the protection of Falun Gong practitioners’ legal rights. His law firm was consequently forced to close. Gao was later arrested, sentenced, and brutally tortured.

Another famous Chinese human rights lawyer, Xu Zhiyong, has also been arrested many times. Xu is a founder of the NGO Open Constitution Initiative and the New Citizens’ Movement. His organization has been heavily suppressed. On Jan. 22, 2014 Xu was sentenced to four years in prison by Beijing No. 1 Intermediate Court for “gathering crowds to disrupting public order.”