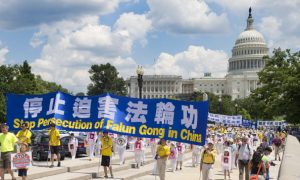 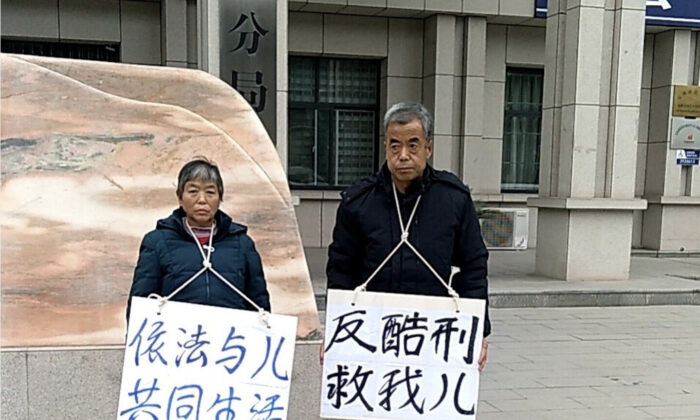 Chinese Lawyer Tortured, Denied Access to Family and Attorneys for Over 6 Months

A Chinese rights lawyer has said he’s been tortured and denied access to his family and attorneys for six months.

Chang Weiping, who is well-known for representing vulnerable groups in China, is currently detained in a detention center in Feng County, Shaanxi Province.

On May 4, human rights officials from the United States, the European Union, Germany, France, Finland, Norway, and the Netherlands met in Beijing with Chang’s wife, Chen Zijuan, to express concern for the lawyer, according to a May 7 post by Chen on Twitter.

On April 9, Chen wrote a letter of complaint to a top watchdog in Shaanxi Province, accusing the Baoji City Public Security Bureau and its Gaoxin branch of illegally collecting evidence against her husband.

Her allegations include distorting the facts in connection to Chang’s case and threatening witnesses.

Chang’s parents also protested the Chinese regime’s torture of their son in December 2020.

According to Radio Free Asia, about 20 citizens from different provinces joined the day-long party at a rented house in Xiamen in early December 2019. Attendees included human rights lawyers, including Ding Jiaxi and Chang Weiping, and law scholars including Xu Zhiyong. They discussed challenges mainland Chinese lawyers face in performing their duties.

Eighteen days later, on Dec. 26, police launched a nationwide raid against nearly all the participants, on charges of subversion of state power.

On Jan. 14, 2020, Chang was subjected to 10 days of secret detention and his certificate to practice law was revoked.

He was later released on bail pending trial.

After months of silence, Chang exposed shocking details about the physical abuse he suffered, via an 8 1/2-minute video posted on YouTube on Oct. 16, 2020. He also made a statement that he would never commit suicide or harm himself. Such a statement is seen almost as a requirement for dissidents or activists when they face intimidation or torture from the Chinese Communist Party.

“I was locked in a torture chair in a room of Baoti Hotel for 10 days, 24 hours a day—an extreme form of inflicting pain. The impact on me is that my right hand’s index and ring fingers remain numb, senseless, or functionally abnormal,” the lawyer said.

According to former Chinese detainees, a torture chair is colloquially called a “tiger chair” in Chinese, and it involves fastening a detainee’s hands and feet so that he or she is immobilized. The detainee is then denied sleep for hours or days.

Within those 10 days, the local police interrogated Chang 16 times, searching through his contacts, connections, online speech, and immigration records, only to find nothing, he said.

On Oct. 22, 2020, six days after the video was posted, he was taken away by police officers from the Gaoxin branch of the Baoji City Public Security Bureau, who failed to present any legal documents.

Since then, he has been held under so-called “residential surveillance at a designated location.”

On April 20, 2021, Margarete von Galen, president of the Council of Bars and Law Societies of Europe, wrote an open letter to Chinese leader Xi Jinping (pdf) expressing “serious concern over the continued detention” of Chang.

The letter aimed to draw Xi’s attention to the U.N. Basic Principles on the Role of Lawyers; urged Xi to do everything in his power to ensure Chang has immediate access to his lawyers and to restore his freedom; and requested that Xi take all necessary measures to “guarantee that all lawyers in China are able to carry out their professional duties without fear of reprisal, hindrance, intimidation, or harassment.”

On Nov. 16, 2020, Amnesty International (pdf) called for the “immediate and unconditional release of Chang” unless there is sufficient credible and admissible evidence that Chang has committed an internationally recognized offense, and that he be granted a fair trial in line with international standards.