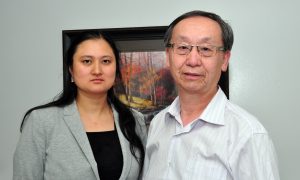 In Canada, Chinese Media Stir Up Anger Against Tibetans
0 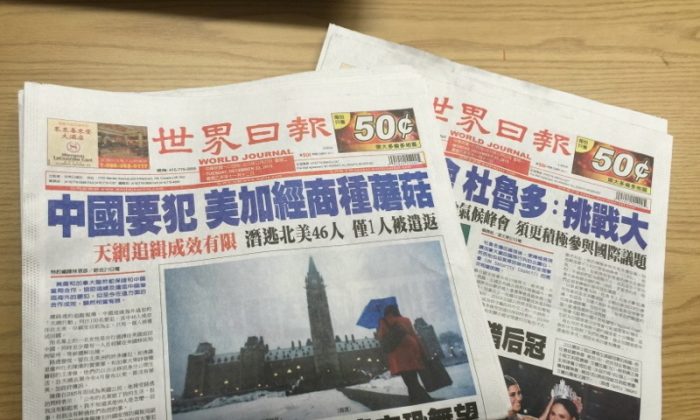 The World Journal, run by a parent company in Taiwan with offices in Toronto and Vancouver, has announced that it is closing its Canadian operations after several years of financial losses. (Epoch Times)
Canada

The World Journal, run by a parent company in Taiwan with offices in Toronto and Vancouver, has announced that it is closing its Canadian operations after several years of financial losses.

Hong Song-hui, director of the Taipei Economic and Cultural Office in Toronto, said he was surprised to hear the news but that it is understandable given the industry situation. “The media industry is now very competitive, particularly with the development of electronic media,” Hong said.

The announcement follows on the heels of other significant cutbacks in Chinese-language newspapers in Canada. Epoch Times reported late last year that the Toronto edition of Ming Pao Daily News laid off seven of its editorial staff and shipped their jobs to China. The newspaper had laid off three other staff earlier in the year.

The Chinese edition of Epoch Times, a publication independent of the Chinese communist regime, however, has seen its market share increase.

Another Chinese-language publication, Sing Tao, laid off eight full-time employees and transferred their jobs to Hong Kong last June. This was the latest in a series of other layoffs for the publication since April 2012, reducing the total number of employees to half.

The Chinese edition of Epoch Times, a publication independent of the Chinese communist regime with its Canadian headquarters in Toronto and with offices across Canada, however, has seen its market share increase.

Liao Xiaoqing, the chief of the Vancouver office of Epoch Times, attributes this growth to the publication’s commitment to truthful reporting and refusal to filter news, as contrasted by the publications under the control of Beijing.

Editor of Toronto Chinese-Language Publication Says She Was Fired for Running Story Critical of Michael Chan
In Canada, Chinese Media Stir Up Anger Against Tibetans

According to Guo Jun, director of the Hong Kong edition of Epoch Times, “Epoch Times is a completely independent media organization. With no financial ties to China, it is free of influence from the Chinese Communist Party and has long reported truthfully about events in China. It is also committed to promoting traditional Chinese culture. It’s for these reasons that while print media around the world are shrinking, [Epoch Times] in contrast is rapidly growing.”

Many Chinese publications in Canada are under the control of Beijing, with China scholars citing Ming Pao and Sing Tao as examples of publications that follow Beijing’s line in their reporting.

Although the World Journal is based in Taiwan, which unlike mainland China is not under the control of the Chinese Communist Party, it has increasingly given in to pressure from China, according to the Washington, D.C.-based think tank Jamestown Foundation.

Lin Zhengen, chairman of the Taiwanese Expatriate Community Service Centre, said he was not very surprised about the closure of the publication, as he said newspapers have a moral duty to report justly, and if not, they will lose supporters. He said he feels sorry for the staff of the newspaper, as there are many “excellent reporters and editors” working at the paper.