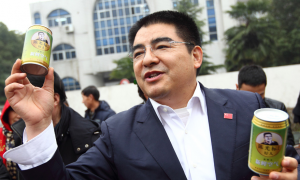 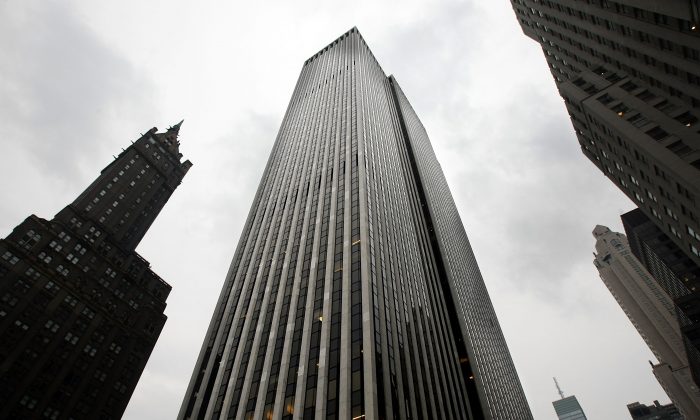 HONG KONG—Large numbers of tycoons and real estate companies in mainland China have been buying overseas properties at an increasingly fast pace, with Hong Kong as a key hub for these purchases.

This capital flight from mainland China has been swift for the past year. Chinese investors are very active in the United States, Canada, Australia, and the European market, boosting immigration through purchase of property in recent years.

According to analysis by a commercial real estate firm, there will be an outflow of capital worth trillions of yuan from China with the purchase of overseas properties.

According to data released by Jones Lang LaSalle, the United States has become the first choice for real estate overseas investment from China. In 2008, Chinese investment in U.S. real estate was only US$22 million, but in 2012 it climbed to US$1.7 billion.

Jones Lang LaSalle data also shows that by the end of third quarter last year, Chinese people had purchased properties in Europe worth close to US$2 billion. Transactions in the Australian commercial property market came close to US$500 million.

As the main listing and financing consortium for mainland China, Hong Kong has become a transit hotspot in this wave of overseas property purchases.

Financial analyst Choi Hong-son said that most mainland Chinese capital for overseas property purchases goes through Hong Kong. Choi said it is very convenient to raise funds in Hong Kong, since a lot of mainland consortiums are listed there.

“Some listed companies buy overseas properties or enterprises, and they just use the financing in Hong Kong. For example, China Life used HK dollars to buy an expensive building in the U.K.,” Choi said.

In Hong Kong newspapers, large-scale property promotion fairs are everywhere. Luxury hotels at Central and Admiralty hold weekly overseas property fairs with drinks and refreshments. Overseas property developers’ eyes are all focused on Hong Kong, with the hope of finding wealthy buyers from mainland China and Hong Kong in the most efficient and cost-effective way.

According to Landscope Christie’s International Real Estate, London has always been the first choice of Hong Kong investors. London has a 7 percent stamp duty tax on residential properties of over 2 million pounds sterling, 5 percent on properties between 1 and 2 million pounds, and a maximum of 4 percent on the rest, which is far below Hong Kong’s current stamp duty.

In Hong Kong, there is currently an obvious increase in the promotion of properties with an average price of around 5 million HKD (390,000 British pounds), with an average of 4 to 5 units sold per transaction. Related enquiries have also increased.

Before 1997, buyers from Hong Kong were mainly Hong Kong people with the right of abode in the U.K., Paul Vallone of London real estate company St. Edward said according to the Ming Pao newspaper. In 2000, Chinese nationals began investing in London properties through Hong Kong.

This phenomenon lasted almost 10 years. In recent years, however, more and more Chinese buyers have come directly to buy properties in the U.K.

Tommy Lai, managing director of Midland Financial Group, pointed out that quite a number of people who immigrated to Hong Kong through investment are now considering emigrating overseas.

Especially since the Hong Kong government implemented a stringent property policy, many investors have switched to buying overseas properties in Hong Kong, then emigrating overseas as the next step.

Dr. Hu Yifan of Haitong International said plenty of clients have come to Hong Kong to invest for immigration, and she believes that Europe will become the hotspot for investment immigration.

For example, one can immigrate to Spain with 500,000 euros. Investment immigration through buying property will be the trend, Hu predicted.

Choi Hong-son found that 5 percent of mainland Chinese people hold the majority of the wealth in China, and half of them want to buy assets overseas. The purpose, Choi explains, is for protection.

“Protecting their assets is more important than gaining more,” Choi said. “They feel that security overseas is higher. After making money, they buy insurance overseas. Security in the mainland is not as good as overseas. If something happens in the mainland, money will diminish or even evaporate, so overseas investments are relatively better for them.”

Finance expert Mr. Cheng, who specializes in helping enterprises to list in the United States, told Epoch Times that a lot of his mainland friends have gone overseas to buy properties in places like San Francisco and Chicago. There are two main reasons for these choices: the education of their children, and because there are local Chinatowns.

“They do not like Western food; it’s better to have Chinese cuisine. Therefore these cities are investment hotbeds,” Cheng said.

He described the current Chinese tycoons as “making money in the country and holding properties overseas.” He said that although there is foreign currency control, there are many ways to siphon wealth out of the country.

For example, “You open an account with a bank that has a branch overseas, you make a fixed deposit of $10 million, and you use that money to invest overseas,” Cheng said.

He added that the RMB is currently depreciating domestically while appreciating overseas, so buying property overseas is finding a shelter for the capital.