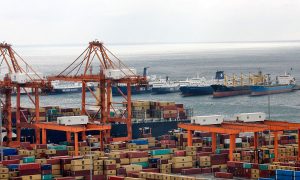 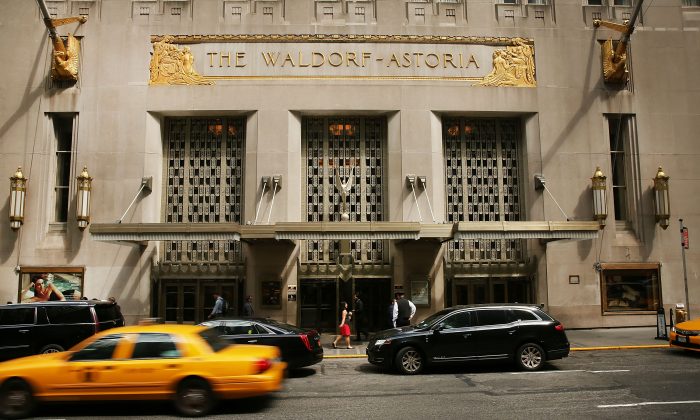 Chinese Investment in the US Drops Sharply

The downward trend, which started in 2017, deepened last year, according to Rhodium Group, a research company.

“More restrictive Chinese policies, stepped-up U.S. investment screening, and deterioration of U.S.–China relations had curbed Chinese investors’ appetite for U.S. assets in 2017,” a report by Rhodium Group said. “In 2018 this slowdown deepened as new investment dropped to a seven-year low.”

The flow of investment from China to the rest of the world soared between 2010 and 2016. And the United States remained a key market for the Chinese companies. The U.S. real estate and hospitality industries were the favorites, and California was the most popular state for Chinese investors.

Chinese companies completed more than 950 transactions and invested more than $100 billion across a wide range of U.S. industries between 2010 and 2016.

This trend, however, reversed in 2017. Both Washington and Beijing implemented policies over the past two years that dampened the Chinese investment appetite, according to Rhodium Group.

The Foreign Investment Risk Review Modernization Act (FIRRMA) was passed by the U.S. Congress with overwhelming bipartisan support and was signed into law by President Donald Trump in August 2018.

The bill strengthens the Committee on Foreign Investment in the United States (CFIUS) by bringing new transactions under its review authority. It enables the committee to scrutinize and block deals involving the transfer of not just controlling shares but also minority interests in companies dealing in critical infrastructure or technology.

Net Chinese investment in the United States was, indeed, negative in 2018 when asset sales are also taken into account. Chinese investors divested $13 billion worth of U.S. assets last year, mainly because of deleveraging pressures from Beijing, according to the Rhodium report.

Some of the prominent Chinese investors who drove the 2015–2016 buying spree have been forced by the Chinese regime to sell their assets to reduce debt levels.

“We count a total of $13 billion in completed divestitures in 2018, and another $20 billion are still pending,” the report said.

When divestitures are counted, Chinese net FDI inflows to the United States drop to negative to the tune of $8 billion last year.

The investment pressure is expected to persist this year. The pipeline of pending Chinese investments in the United States is at a five-year low, and most hurdles will either persist or deepen, according to the report.

“The uncertain outlook for broader US–China economic relations will continue to weigh on investor sentiment,” the report stated.

The Trump administration launched a tariff campaign early last year as part of a strategy to end China’s unfair trade practices. After months of trade tensions between Washington and Beijing, the two sides agreed on a 90-day ceasefire on tariff increases. Negotiations are still ongoing, and the outcome of these talks will be an important factor for the 2019 investment outlook.

The Rise in Greenfield Projects

One bright spot in the Rhodium report is the rise in Chinese greenfield investments, in which a company builds its operations in the United States from the ground up.

“We registered a noticeable increase in newly announced projects in the second half of 2018 in response to trade barriers, especially in basic materials, automotive and some consumer sectors,” the report said.

An increase in tariffs is one of the factors that motivate foreigners to invest in the U.S. market, as FDI gives them a local footprint in the world’s largest economy.

In 2018, the United States topped the management consulting firm A.T. Kearney’s FDI Confidence Index for the sixth year in a row. Foreign investors are attracted to America because of its large consumer market, solid economic performance, and recent corporate tax cuts.

“The government’s protectionist rhetoric and actions may also be motivating some companies to invest in the United States to maintain market access,” stated an A.T. Kearney report.

FDI remains a crucial business strategy for companies as they seek to mitigate the effects of rising anti-globalization and protectionist sentiments around the world.