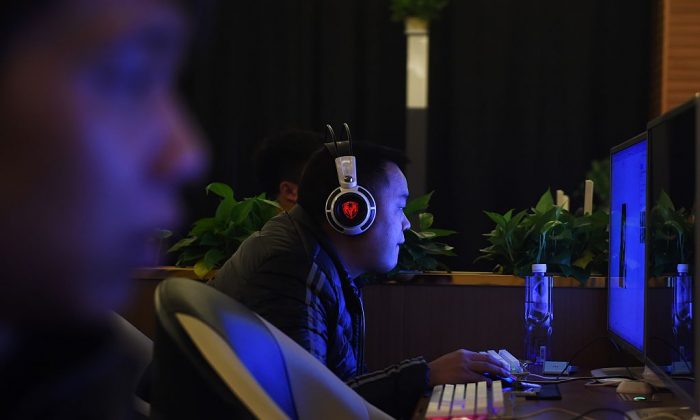 Lenovo, an American security threat, is at political risk at home

Between Nov. 7 and 21, his seven consecutive videos brought a lot of traffic and huge commercial success.

The cyberspace watchdog Cyberspace Administration of China (CAC) recently tightened its internet censorship by issuing its 20th fine to Douban, a popular Chinese online social media firm, for releasing misleading public opinions on economic policies. Obviously, Sima’s posts and success were granted with the permission and recognition of Beijing.

Sherbet, a Chinese finance self-media public account, defended Lenovo and argued that Sima’s fame was a “combination of patriotism and populism.”

Under the ruling of the Chinese Communist Party, it has been a widely manipulated theme in Chinese public opinion that pledging loyalty to the Party is equivalent to being patriotic to the nation.

Lenovo, founded in 1984, affiliated to the Chinese Academy of Sciences (CAS), was founded by and under the direct management of The Institute of Computing Technology (ICT).

ICT served “the development of cutting-edge defense technology,” under the premise of “Two bombs, One satellite” project during the Mao Zedong era in 1959.

When Deng Xiaoping started the reform and opening up in 1978, ICT transitioned to cover the market field under Chinese economic policy.

Subsequently, ICT claimed that Lenovo is a successful model for the CAS to run an enterprise, a success in implementing the decision of the regime in the reform of the scientific and technological system.

Lenovo’s official website detailed its success “from a regional PC player to a global leader in Intelligent Transformation.”

In 1994, Lenovo gained world stage admission by being listed on the Hong Kong Stock Exchange.

On Nov. 4, Lenovo announced the company’s net income grew 65 percent year-on-year to $512 million last quarter; it had its best quarter ever in smartphones, profit reached a historic high while revenue grew 27 percent year-on-year, the highest in 15 quarters; and it delivered a strong double-digit revenue growth in Latin America, North America, EMEA (Europe, the Middle East, and Africa), and Asia Pacific.

Lenovo’s global business is outstanding, but also a concern to the free world. Its influence might be as phenomenal as that of Huawei. However, Washington does not seem to pay much attention to it.

In June 2020, Roslyn Layton explained in her article, “Why Is U.S. Policy Tough On Huawei And TikTok But Not Lenovo?” that Huawei is not the only security threat from China.

Domestically, Lenovo does not shy away from its deep Chinese military ties.

Sima criticized Lenovo for selling its shares cheaply to Oceanwide Holdings in 2009, resulting in a 1.3 billion yuan ($200 million) loss of state assets.

The sale took place when Liu Chuanzhi was the CEO and Jiang Mianheng, the son of the communist regime former leader Jiang Zemin, was one of the vice presidents in CAS.

Facing the political threat from his opponents, Xi Jinping purged numerous high power officials through his anti-corruption campaign. The economic downturn forced Xi to tighten his control over private industries, as shown in a series of crackdowns on Chinese firms such as Alibaba and Tencent in recent years.

Could Sima’s videos win him a fortune by meeting the administrator’s campaign needs politically and economically? Regardless, a successful business in the communist regime is never simple.

Sophia Lam and Mary Hong contributed to this article.