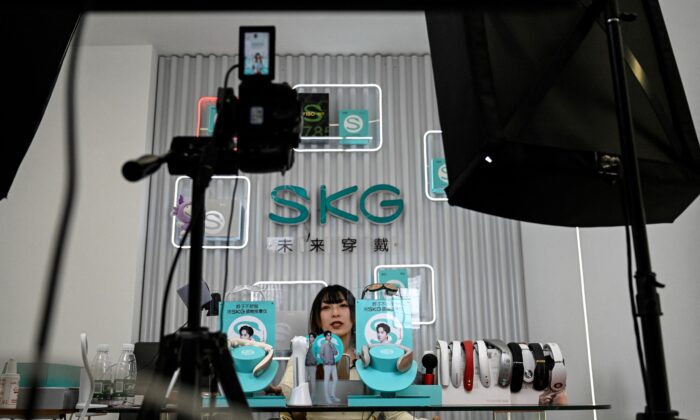 China fined a top social media influencer $16 million for tax evasion. It’s the regime’s latest punishment of the country’s top online personalties and part of its nationwide crackdown on the livestreaming industry.

On June 16, Fuzhou Municipal Taxation Bureau of Jiangxi Province announced online that it ordered Xu Guohao to pay 108 million yuan (about $16 million) in back taxes, late fees, and fines for tax evasion from 2019 to 2020.

According to information on China’s business search website Tianyancha, Xu has been the legal representative, executive director, and general manager of Jiangxi Zemu Film and Television company, which was founded in December 2020 with registered capital of 200 million yuan (about $30 million).

The communist regime issued a series of regulations to tighten control of online streaming, including strengthening the enforcement of tax laws targeting the industry.

On May 7, four ministries of the regime issued a joint regulation “Opinions on Regulating Online Live Rewards and Strengthening the Protection of Minors.” It stipulated that the online platform should cancel all the reward lists within one month of the publication of the regulation, and prohibit ranking and recommending of influencers based on the amount of reward points earned, and prohibiting the ranking of users based on the reward amount given out.

On June 12, Luo Yonghao, the country’s fourth-ranked livestreaming host announced his withdrawal from all social media and e-commerce platforms. The three most popular influencers in mainland China: Viya, Li Jiaqi, and Simba have also stopped livestreaming.

Huang Wei, known online as Viya, was fined 1300 million yuan (about $210 million) for tax evasion in December 2021. She hasn’t been in public view since then.

Afterwards, Li Jiaqi became the lead online personality. On June 3, Li showed a tank-shaped slice of ice cream cake during a livestram. This year marks the 33rd anniversary of the June 4 Tiananmen Square Massacre that happened in 1989 when the military opened fire and killed tens of thousand of unarmed protesters who wanted democracy and were against the communist officials’ corruption. Li’s stream was cut off immediately and he hasn’t livestreamed since then.

On June 1, Simba, whose real name is Xin Youzhi, said in an “internal company meeting” video that he would devote himself entirely to another field, and handed over all his company’s business to his assistant. In 2020, Xin criticized Chinese telecom company Huawei for not providing free earbuds to his fans who bought its cellphones on the platform. While the Trump administration had banned Huawei products in the United States, pro-regime Chinese internet users verbally attacked Xin for doing what they saw as similar. The state tax administration targeted other products he promoted online.

Li Yuanhua, a former professor at Beijing Capital Normal University, told The Epoch Times on June 16 that there are various reasons behind the influencers quitting social media platforms.

“What the CCP [Chinese Communist Party] is doing is “killing the chickens to scare the monkey” [a Chinese proverb for intimidation]. It’s to show them no matter how influential you are, you are actually under my control, including using tax evasion to punish those people. Weren’t they evading taxes before? Why didn’t the tax department do anything then?” he questioned.

“The CCP wants to take the money they [the influencers and their companies] earned into its own hands. There are both political reasons and economic reasons for the CCP to suppress them,” Li said.

He added that private entrepreneurs are the special targets of suppression by the CCP, which is related to Xi’s ideology, as he has always wanted to establish large state-owned enterprises. The private businesses and private economy are not under his total control.

He said, “China is not a normal society at all, so no matter how famous or powerful these people are, they must serve the CCP. Once the CCP feels that it can no longer control you, or your influence is too great, it will definitely take the opportunity to punish you. ”

Dong Guangping, family member of a top military official, told The Epoch Times on June 16 that these social media influencers were suppressed for political reasons.

“These platform livestreaming hosts have huge fan bases and have a lot of influence. When they make a statement on the social media platforms, it will soon spread across the country. Therefore, the CCP is very afraid of the power of influence of the platforms. It is absolutely not allowed to exist, if it has any political implication. The CCP’s Internet Information administration strictly monitors these platforms, all social media, and apps,” he said.

Fan Xiao and Luo Ya contributed to the report.