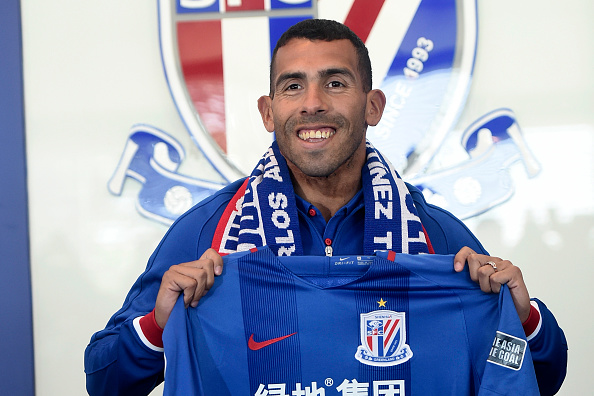 Chinese owners in both China and Europe are having, and are set to have, a major impact on both European and world soccer, though how extensive, how wide ranging, and for how long a period, remains to be seen.

With regard to the Chinese leagues, they are currently making very large transfer offers to European clubs with associated his salary offers. So far they have been successful in attracting some high profile coaches such as Sven Goran Eriksson, and some high profile players such as Oscar and John Obi Mikel and now Carlos Tevez.

It is mooted that among other high profile Premier League players, Manchester United captain, and recently crowned all-time record goal scorer, Wayne Rooney, is considering an offer to play in China. Given his age, drop in the selection pecking order at Manchester United, particularly in the most high profile games, and likely disinterest in playing for another Premier league team, it not inconceivable that he accepts a lucrative offer.

However, the players attracted to date generally appear either at the latter end of their careers, or not currently being selected for their respective first teams.

Chinese teams face a few issues, the fact that the quality of the competition is nowhere near as high as that offered in Europe, there is little history as to the viability of the leagues, the interference of the local authorities, and the issue of the clubs generally being owned by very wealthy individuals who may only have limited interest in continuing ownership of the club.

There have also been historical instances where players were lured to China, but did not stay for long as there were issues regarding the payment of the agreed salaries. Also, China is in the early stages of its development regarding soccer, with the Chinese government looking to boost the national team and start to compete in future

World Cups, though this possibility has received a boost with FIFA looking to expand the tournament participants from 32 teams to 48 teams, mainly favoring increased participation from teams from Africa and Asia.

Players in European leagues at the end of their careers may look to China for a late payoff, but some of the better players may prefer other options such as the MLS (Major League Soccer in the USA) due to language, lifestyle, and schooling for their children.

There have been a number of Chinese investors taking stakes in, or taking over, European teams, particularly in England, where there are few teams in either the Premier League or Championship owned by traditional British owners, but where foreign investors are now the majority, owners coming from the USA, China, Middle East, Thailand, Italy, and Russia. Given the small number of clubs available for sale, some foreign buyers have bought into Championship teams, hoping for promotion to get into the riches available to teams in the Premier League.

However, the learning curve is steep, and competition fierce, meaning that several owners do not handle the situation well, particularly as most British teams have a loyal, vociferous, following which some foreign owners fail to consider, discarding long established traditional things such as team names, team colors, and other historical items revered by supporters.

King Power owned Leicester City pulled off a major coup last year by winning the Premier League, but this has seen a reaction from the traditional powerhouses in strengthening their teams, and hiring world class stars.

The Premier League is probably the most competitive and popular league around the world, and generates significant income for all teams, but some of the top players prefer to play in the less intense leagues, particularly if they can get into one of the powerhouse teams such as Barcelona or Real Madrid in Spain, or Bayern Munich in Germany, where the lower intensity of their domestic leagues leads to improved focus on the Champions league.