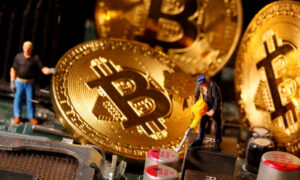 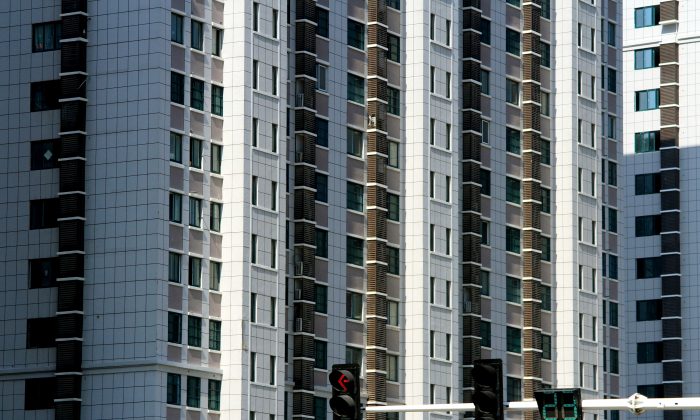 Household debt in China rose to a record high in 2017, putting another hole in the armor of the world’s second-biggest economy.

The data supports Beijing’s official policy this year, which aims to deleverage at all phases of the economy and stabilize real estate prices.

While its overall household wealth has increased, China’s household debt-to-GDP ratio reached a record high of 49.1 percent in 2017, according to a new report on global wealth by German insurance giant Allianz. Since the beginning of 2008 to the end of last year, Chinese household debt jumped an average of 27 percent annually, according to separate but corroborating data from the Bank of International Settlements.

The rapid transformation of China’s economy over the past decade has contributed to the rise of household debt in China, where, traditionally, few individuals borrowed.

Historically, China’s biggest worries have been government and corporate debt, but recently the steep increase in real estate prices have caused a drastic rise in household debt in the form of mortgage loans.

It’s become such an important policy issue that at last year’s twice-a-decade National Congress, Chinese Communist Party leader Xi Jinping told those gathered that “houses are for living in, not for speculation.” That was followed by a press session where former People’s Bank of China chief Zhou Xiaochuan said that exuberance in China’s real-estate market could lead to a “so-called Minsky moment.”

A Minsky moment, named after American economist Hyman Minsky, refers to a sudden, unexpected, and devastating collapse of asset values that follows a long period of debt-fueled increase.

China has implemented certain measures to stabilize the real-estate market by limiting the number of properties an individual can purchase, and establishing a minimum number of years a property must be held before reselling.

Property developers are aggressively increasing marketing efforts to sell more apartments to boost bottom lines as the real estate market in Tier-1 cities is beginning to cool. Ahead of the upcoming “National Day” Oct. 1 holiday, developers are introducing “coupons for discounts amounting to as much as hundreds and thousands of yuan, referral schemes where a buyer gets a discount for introducing another buyer, and slashing prices to undercut the market,” according to the South China Morning Post.

There is a growing consensus among property developers that the market will contract the rest of this year and next year, after Beijing policymakers reiterated during the July Politburo meeting that controlling real-estate prices will be a main focus of the regime.

Peer-to-peer (P2P) lending is another contributing factor. The high-profile collapses of P2P lenders have generated dramatic press coverage, but it’s more of a social issue than an economic issue.

P2P lending, despite the coverage, pales in economic terms compared to mortgage debt. But unlike mortgage debt—which is secured by an apartment or house—P2P debt has no collateral and majority of the losses are borne by other consumers.

Allianz’s findings are confirmed by an early September report on global leverage from Standard Chartered. The English bank highlighted China as one of its three “high risk” countries, and forecasts that China’s total debt-to-GDP ratio—which includes government, corporate, and household debt—would eclipse 290 percent by 2020.

Additionally, China’s household debt-to-income ratio has increased to 104 percent. That figure is on par with that of the United States, with the only difference being that U.S. household-debt levels have been decreasing or flat-lining in recent years.

That factor alone isn’t concerning, but the current nature of China’s economy makes it difficult for consumers to service their debts.

Although China’s GDP growth in recent years has been impressive, most of that income doesn’t go to households.

“Since 2007, the share of Chinese national output going to households has ranged from as high as 46 percent to as low as 42 percent of GDP,” the Financial Times wrote earlier this year. “The rest of China’s national income is mostly captured by government-controlled enterprises and their elite managers.”

By comparison, U.S. households control around 75 percent of U.S. GDP as of the second quarter of 2018, according to the St. Louis branch of the Federal Reserve.

In time, Beijing hopes its planned economic transformation will allow consumers to play a bigger role in its economy compared to state-owned enterprises. But until then, it must play a high-leverage balancing act between growth and debt.