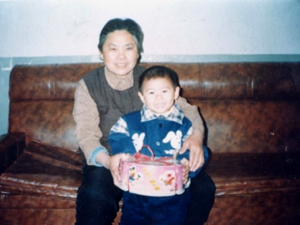 Ren Chuanlan, a 63-year-old citizen from Shandong Province, sought treatment at the Yankuang Group General Hospital for acute abdominal pain. In order to carry out nuclear experiments, the hospital implanted dangerous radioactive pellets into her body. The physician said she had terminal colon cancer when in fact, hospital records indicated this was not the case. She later died from very painful complications.

Radioactive Pellets Implanted Without Her Knowledge

The Yankuang Group General Hospital is a well-known hospital located in Zoucheng City, in Shandong Province. Ren Chuanlan, the mother of hospital employee Li Jifeng, suddenly developed acute abdominal pains in June 2001. The doctor in the emergency unit at the hospital diagnosed her condition as appendicitis.

During the surgery, unknown to the patient and family, Ren Chuanlan's duodenum and other areas were implanted with five packets of radioactive iodine-125 pellets. After the operation, the side effects from the radioactive pellets caused horrendous consequences. The originally healed incision opened again and her intestines ulcerated, forming fistula and causing the intestinal and excrement fluids to flow out from the abdomen.

Ren Chuanlan's son, Li Jifeng, questioned Dr. Jiang Sifeng, the physician in attendance, and asked him to explain what the problem was. He said that there was decomposed cancer tissue, a reaction to a “radioactive factor” and “a good thing.” Li asked if it would lead to decomposition of the intestines. Jiang hesitated for a while and then replied, “I have no experience in this area and I am not clear about it.”

On those grounds, the hospital demanded that the family sign a statement to certify that if Ren died, it would not be a result of malpractice. Li Jifeng was forced to sign the agreement and accepted the hospital's refund of 70,000 yuan (US$8,750) for all her medical expenses.

After Ren Chuanlan was transferred to an intestinal fistula specialist in the Nanjing Military General Hospital, the truth was exposed. They found that her body had been implanted with a radioactive drug that is used in tumors like the thyroid gland and should not be used in the intestines.

Because the treatment of the intestinal fistula was delayed by the Yankuang Group General Hospital, the radioactive damage could not be reversed. After enduring unbearable pain for more than eight months, Ren Chuanlan passed away.

In April 2003, Li Jifeng pursued the matter with the health department in Jining City. He learned that, in August 2001, the Yankuang Group General Hospital had purchased 50 packets of radioactive iodine-125 pellets without a permit and performed the implants on three patients, one after another. The treatment had already exceeded the permit and indeed was an illegal purchase. Jiang Sifeng, the doctor who performed the operation, had not received a license to handle the radioactive material, and he had disregarded relevant regulations.

In November 2004, Li Jifeng collected a large amount of evidence. He understood that this was a collaboration between doctors and medical equipment companies to carry out illegal experiments with radioactive iodine-125 pellets on patients. There was enough evidence to expose a huge medical treatment scandal, but the Shandong Health Department was quick to fabricate an official reply that the Yankuang Group General Hospital's development of radioactive pellet implantation is a medical practice within the scope of the hospital's permit.

After the media report on the Shangdong medical scandal, the relatives wanted to press charges, but the local police told them that the hospital's medical practices were legal. The family found it impossible to file a case for investigation.

According to professionals in the industry, there is usually bribery behind this sort of illegal medical practice. Bribery in hospitals is often shrugged off as a general practice, and individuals are not charged with criminal offences.