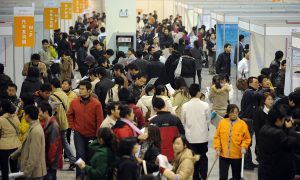 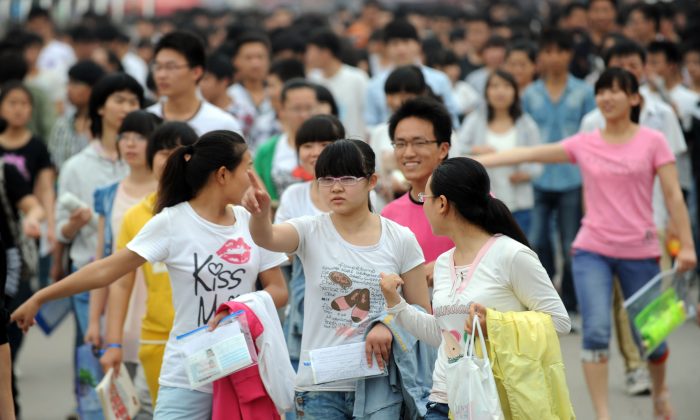 As the new school semester gets underway, a high school in central China’s Henan Province has launched new rules that bans boys and girls holding hands, to prevent romantic relationships among students, according to Chinese media reports.

Yanshi High School, a model school in Luoyang City, capital of Henan, issued “eight bans” to students from the start of the semester. The line “Violation of the rules will result in expulsion” was added to every line, the state-run Guangming online reports on Aug. 25.

Other bans includes that students “can’t have birthday parties on campus,” take cell phones to school, and other more common rules, like no smoking or alcohol.

The rules were written in large scrolling font on an electronic screen outside the school, and have been placed on banners around the campus.

New rules that ban male and female students from holding hands are displayed on an electronic screen outside the Yanshi High School in Luoyang City, capital of Henan Province, August 2014. (Screenshot/gmw.cn)

“The school making such rules is to create a good study environment,” a spokesperson for the Yanshi High School told state-run media in China. “It can prevent unhealthy trends.”

However, the rule banning male and female students holding hands has attracted noisy condemnation from Chinese netizens, with some calling it “against human nature.”

Similar rules have been made elsewhere in China. For instance, males and females are not allowed to be alone together, and must keep a distance of at least 20 inches from one another, according to rules at the Changhe High School in Hangzhou of Zhejiang Province.