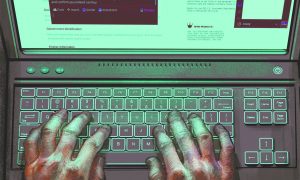 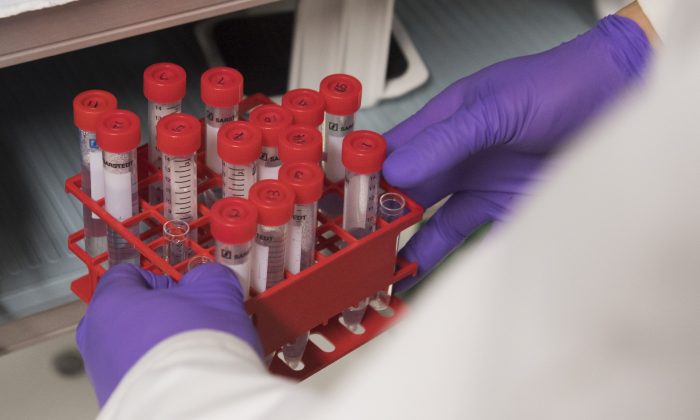 A biologist holds test tubes as he works in a lab at the National Cancer Institute at the National Institutes of Health in Bethesda, Maryland, on Feb. 7, 2018. (Saul Loeb/AFP/Getty Images)
US-China Relations

Chinese hacker groups are targeting U.S. cancer research institutes as the regime looks to solve the problem of increasing cancer deaths in the country, according to a report released on Aug. 21.

In recent years, Chinese hackers linked to the regime have attacked organizations involved in cancer research on multiple occasions, according to the report by California-based cybersecurity firm FireEye.

The cyberattacks, the report stated, likely flow from the regime’s desire to find a cure for the disease—the country’s No. 1 killer—and, in turn, stave off its attendant social costs.

“It is likely that an area of unique interest is cancer-related research, reflective of China’s growing concern over increasing cancer and mortality rates, and the accompanying national health care costs,” the report stated.

It has previously been hacked by other Chinese advanced persistent threat (APT) groups—which aim to gain unauthorized access to a computer network and retain long-term, ongoing access—including APT22, a still-active group known for targeting biomedical, pharmaceutical, and health care organizations.

But it isn’t only cancer research institutes that have fallen victim to cyber-espionage, Chinese APTs, many of which are believed to be state-sponsored, have attacked other health care organizations, including device manufacturers and pharmaceutical companies, the report said.

“The PRC has one of the world’s fastest-growing pharmaceutical markets, creating lucrative opportunities for domestic firms, especially those that provide oncology treatments or services,” it said. “Targeting medical research and data from studies may enable Chinese corporations to bring new drugs to market faster than Western competitors.”

The regime, the report stated, has slated biopharma as an industry for aggressive development under its industrial plan “Made in China 2025.” The plan, which aims to transform the country into a high-tech manufacturing powerhouse by 2025, has been criticized by Western officials and experts as sanctioning the theft of intellectual property (IP) abroad.

“Notably, China’s strategic ‘Made in China 2025’ plan includes a push for increased domestic development of medical technologies and devices, which may drive threat activity against IP holders and producers of these technologies,” it said.

FireEye said that the personal data was likely stolen to “identify, track, and even exploit targeted personnel.”

“The government data alone could be used to identify undercover agents operating in China; to recruit informants and double agents in the U.S.; or to identify and harass or threaten the family members of Americans with security clearances,” the report said.

In May, a federal grand jury charged a Chinese national in 2015 with a hacking campaign that targeted large U.S. businesses, including insurer Anthem Inc., in which personal data for 78 million people was stolen—one of the worst data breaches in history, according to U.S. prosecutors.

In recent years, Washington has increased efforts to guard against IP theft in the health sciences sector, including by researchers in U.S. institutions who transfer technology to China. In April, a top cancer research center in Texas fired three Asian scientists over concerns they attempted to steal medical research to benefit China.