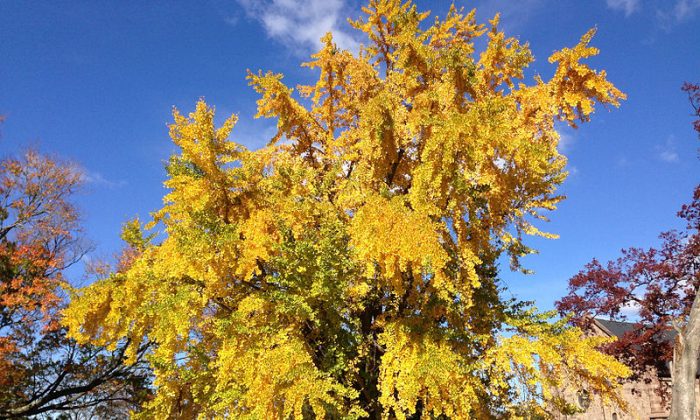 A Ginkgo tree planted 1,400 years ago in China’s former capital, Xi’an, in Shaanxi Province, started to shed its leaves, leaving many people in awe.

The tree is believed to have been planted by legendary Chinese emperor Li Shimin, the founding father of the Tang Dynasty known as Emperor Taizong, in the seventh century.

The tree is located at a Zen Buddhist temple in Luohandong village, China. Every fall, the leaves on the tree turn yellow and fall to the ground, making a carpet-like appearance of leaves.