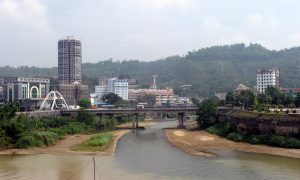 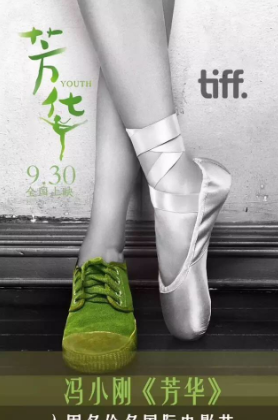 A promotional poster for the Chinese film, "Youth." The film was abruptly canceled just days prior to its scheduled premiere date. (Screenshot via Twitter/Huayi Brothers Corp)
China Society

Even a famous director in China is not immune to the forces of political censorship.

Feng Xiaogang’s new film, “Youth,” set during the tumultuous period of the Cultural Revolution, has been abruptly canceled just days prior to its scheduled premiere date, Sept. 29.

On the film’s official Weibo account, China’s equivalent to Twitter, Feng wrote that a new release date will be announced later.

China observers speculate that the upcoming 19th National Congress may have to do with the film getting axed last minute. The congress, held every five years to transition into the next round of Communist Party leadership, will take place on Oct. 18. With such a significant event on the horizon, the regime may have concerns that the film’s subject could influence the public’s perception of the Party.

The Cultural Revolution’s legacy is a conundrum for the Communist Party. Under Mao Zedong’s leadership, the country saw many lives lost and battered in violent political purges. In Feng’s film, the father of one of the main characters is labeled as an enemy of the state and sent to a labor camp, according to Variety. The film then follows the character as she and others join a People’s Liberation Army performing arts troupe that is tasked with spreading Mao’s propaganda across the country.

The current Party leader, Xi Jinping, experienced the trials of the Cultural Revolution. His father, once a top official, was purged from the party, jailed, and placed under house arrest. As part of Mao’s “re-education” of city youth, the teenage Xi was sent to work on a farm in northern China.

“Youth” also depicts the bloodshed during China’s brief war with Vietnam in 1979, an oft-forgotten conflict. In recent years, military veterans have continually protested and petitioned the authorities for benefits they say were promised to them.