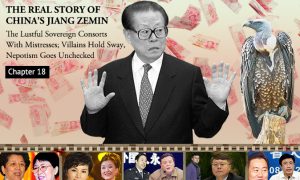 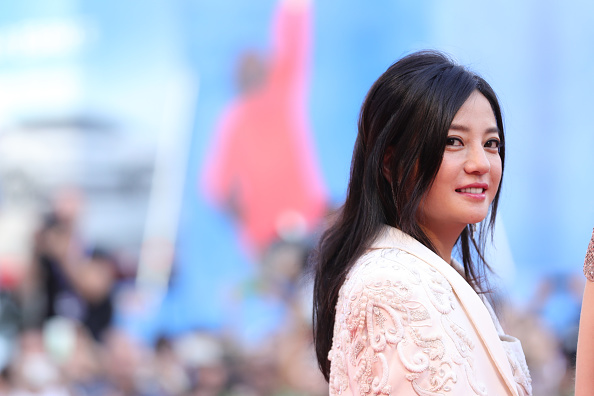 Beijing’s crackdown on celebrities in the entertainment industry has resulted in Chinese social media such as Weibo, as well as major film and television websites, removing relevant content of the purged artists.

Authorities posted on Chinese social media Weibo, a list of so-called “inferior artists” on Aug. 26, 2021, which went viral. The post requested that an investigation and clearance be carried out on artists, including Huo Zun, Wu Yifan (Kris Wu), Zheng Shuang, Zhao Wei, and Fan Bingbing.

Chinese film producer Shi Yuge (a former democracy protester now living in the United States under political asylum) told The Epoch Times about the chaotic political factions behind the purging of the entertainment industry.

An Image Game of the Princelings

Shi explained that it started when former CCP (Chinese Communist Party) leader Jiang Zemin encouraged Chinese princelings (children of CCP founding cadres and veterans of the Red Army) to engage in entertainment industries, despite it being criticized for “bringing down morality and involving pornography” at the time. Jiang believed that it was beneficial in order for the CCP to control the industry.

“When I was in Beijing [2013–2015], my friends chatted about the number of studios established by students in the Beijing entertainment circle for those two years. There were about 700 or 800 studios, and half of them were owned by the princelings,” Shi said.

Shi also disclosed that studios like these are often involved in money laundering for the princelings, who receive various benefits that must be whitewashed through various channels at the end of the day. It is “a consensus in the circle,” Shi added.

Shi believes celebrity idols are generally considered to be taboo to the CCP. He said, “Ruining the stars’ reputations erases their names and existence and will eliminate their influence. … [an act of] state terrorism”

According to Shi, it’s like a recurrence of the Cultural Revolution (a sociopolitical movement in China from 1966 to 1976). He said, “Those who are suppressed are all superstars including Chinese billionaires Pony Ma and Jack Ma, the superstars in the business field. They were once regarded by the younger generation as the idols of start-ups, models of businesses, and the icons of wealth. They are celebrities with auras.”

He believes what’s behind the series of crackdowns in business and entertainment circles is something more complex than it appears.

Commentator Wang He’s analysis of the crackdowns is that the popularity of the stars serves as an excellent scapegoat for the regime’s premeditated act—implementing its “common prosperity” policy.

The CCP Is Running Out of Money

Common prosperity was recently touted by Chinese leader Xi Jinping as he believes there is a wealth disparity that threatens both the economy and the CCP’s grip on power.

Therefore, the entertainment business has now become the target of this common prosperity policy.

According to Wang’s analysis, the heavy strike on the industry seems fair and justified because, on the one hand, it is punishing alleged tax evasion by the stars, but on the other hand it shifts the focus away from societal stress over the worsening economic decline and the COVID-19 pandemic.

“It first provokes an internal conflict among the masses by inciting a hatred for the rich, and then harvests and distributes the wealth through ‘national policies,’” Wang said, “in this process, stars and entrepreneurs are all doomed to be suppressed.”

The third distribution is what’s targeted in the CCP’s latest policy, according to the interpretation reported by the regime’s state-run media.

Shi said, “The CCP is really short on cash … so it calls for common prosperity, which is in fact the same policy of ‘dividing the land with local tyrants’ that was implemented in the Mao era.”

“Targeting those who are very wealthy and influential is a characteristic of dictatorships,” Shi added. “In many cases, when the regime cannot solve a certain problem from the root, it goes after the people who supposedly raised the problem. Once the people disappear, it is believed the problem will also disappear. This is the habitual practice of the CCP and the current situation in China.”