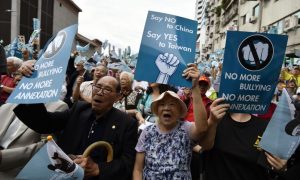 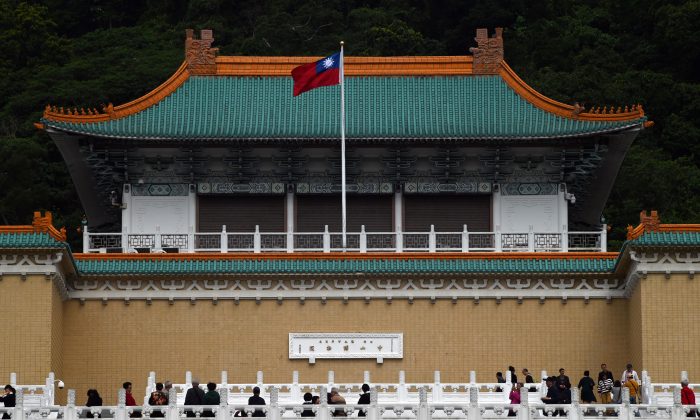 TAIPEI, Taiwan—A mainland Chinese exchange student studying in Taiwan has received death threats, and fears that his parents in China may be under house arrest, after he live-streamed criticism of the Chinese communist regime.

Li Jiabao, 21, from Zibo, a city in eastern China’s Shandong Province, is currently studying at Chia Nan University of Pharmacy and Science in the Taiwanese city of Tainan. He said he wants to stay in Taiwan, adding that he will file an application with authorities next month.

In a March 26 interview with Taiwan’s Central News Agency (CNA), Li said he began receiving death threats after he criticized Beijing’s authoritarian rule during a live-stream on Twitter on March 11. In the video, he said “the Chinese Communist Party’s rule will soon come to an end.”

Li, on March 23, posted on Twitter a screenshot of a threat he received on the messaging app Telegram. A man named Chen Yun wrote, “I am waiting to kill you piece of trash with my hands.” The screenshot showed that Yun was a sales director from Jiangyin, a city in China’s Jiangsu Province.

Chinese authorities are aware of Li’s criticism. According to the outlet, Li said he hasn’t been able to reach his parents by phone or on the messaging app WeChat. The last text message he received from his father was on March 14, in which he asked Li to delete all his “dissenting” online posts and quickly return to China.

Li told CNA that he suspects his parents have been put under house arrest by Chinese authorities.

He said he managed to speak to his aunt on the phone, who told him that authorities have opened a case against him. She told him that multiple Chinese agencies, including its intelligence agency, police, and education department are handling the case.

Li says he’s now in financial trouble because his family hasn’t transferred him any money to cover his living expenses since the Twitter stream. To make things worse, Li’s Chinese cellphone number was unexpectedly canceled, leaving him unable to access money wired by his friends to his online account.

“I don’t know what I am going to do,” Li told CNA, adding that he only has enough money to last to the end of April.

Li is in contact with Taiwan’s immigration agency and the Straits Exchange Foundation, a semi-official organization that handles issues relating to China, CNA reported.

Mainland Affairs Council, a Taiwanese government agency that deals with China issues, said in a March 27 statement that it will respect Li’s freedom of speech because Taiwan is a free, democratic society, the CNA reported.

The council implored China to refrain from suppressing Li or intimidating his family members in China.

The Chinese regime considers Taiwan a renegade province, despite the fact that the latter is a de facto independent country with its own elected officials, constitution, military, and currency. In contrast, China is under authoritarian one-party rule, lacking in basic freedoms such as the right to free speech or press.

The regime strictly blocks speech about Taiwan independence and its democratic values, while any comments critical of the Chinese Communist Party’s rule is also swiftly censored.

In an earlier interview with CNA, Li expressed fear that he might be charged with “inciting subversion of state power” or similar crimes if he returns to China.

The Chinese communist regime is known to charge dissidents and human rights activists with vague catch-all crimes, including “inciting subversion of state power” and “gathering a crowd to disrupt the order of a public place.”

The student told CNA that he formed his views about the regime after he learned how to bypass the Great Firewall— China’s massive online censorship apparatus—when he was 12 years old.

Li said that allowed him to learn about the truth about events such as the Cultural Revolution and the Tiananmen Square Massacre.