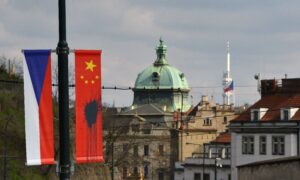 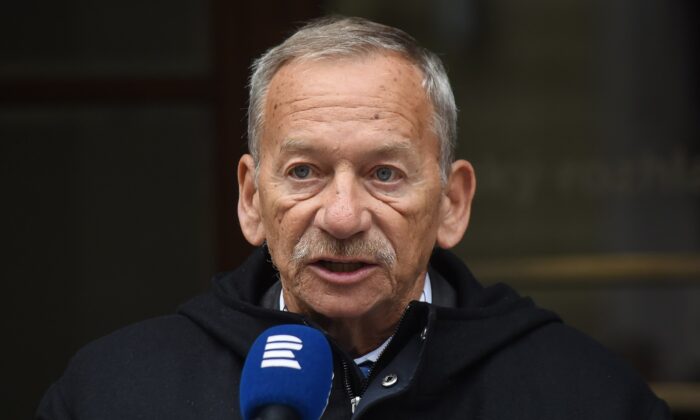 President of Senate of the Parliament of the Czech Republic, Jaroslav Kubera, speaks in front of the Czech Radio building in Prague during a commemorative event for the 74th anniversary of the Prague Uprising on May 5, 2019. (David Sedlecký/CC BY-SA [https://creativecommons.org/licenses/by-sa/4.0])
World

A senior Czech politician who died suddenly just days before a planned trip to Taiwan became obviously unwell after receiving threats from Chinese diplomats over the plans, according to his widow and daughter.

Jaroslav Kubera, speaker of the upper house of the Czech Parliament, died from a heart attack at the age of 72 on Jan. 20, just three days after he and his wife returned home from a “tense” Lunar New Year banquet at the Chinese Embassy in the Czech Republic.

Kubera, who was the second-highest public official in the European Union country after President Miloš Zeman, was not known to be suffering from a serious illness at the time of his death.

More than three months after his death, Kubera’s widow, Věra Kuberová, and his daughter, Vendula Vinšová, told Czech media that they believe that the threats Kubera was receiving from the Chinese Communist Party (CCP) had contributed to his death.

His wife said in an April 26 interview with Czech television that they had discovered two letters in Kubera’s suitcase—one from the Chinese Embassy and one from the Czech president’s office.

A Jan. 10 letter was from the Chinese Embassy addressed to the Czech president’s office. It warned that if Kubera followed through with plans to visit the autonomous island of Taiwan, Czech companies with operations in China would “pay.”

“I read it and I was afraid,” his widow said. “It seemed quite threatening to me.”

The letter had a stamp of receipt from the presidential office, and was handed to Kubera by Zeman during a lunch on Jan. 14, prompting MPs to demand an explanation.

The letter threatened that Czech companies operating in mainland China, such as Volkswagen subsidiary Skoda Auto and lender Home Credit Group, would suffer if Kubera visited the self-ruled island.

“Czech companies whose representatives visit Taiwan with Chairman Kubera will not be welcome in China or with the Chinese people,” it read.

“Czech companies who have economic interests in China will have to pay for the visit to Taiwan by Chairman Kubera,” the letter added, noting, “China is the largest foreign market for many Czech companies like Skoda Auto, Home Credit Group, Klaviry Petrof, and others.”

Zeman and Prime Minister Andrej Babis had previously expressed concern that Kubera’s plans to visit Taiwan would lead China to retaliate against the Central European country’s business community. Zeman is reported to have a closer relationship with the CCP and Russia than Kubera.

Kubera said last year when announcing his Taiwan visit that the move was not anti-China but pro-business. He noted that Taiwan is the Czech Republic’s third largest trading partner in Asia.

The CCP considers Taiwan as part of its territory and has pushed for a “one country, two systems” model, which self-ruled Taiwan rejects. Babis’s government has repeatedly said it adheres to the CCP’s “one-China” policy, although last year, the mayor of Prague broke ranks to protest the pro-CCP policy.

After receiving the “threatening” message, Kubera became noticeably withdrawn, according to his widow.

“I saw that he was really sick. He vomited, walked around the garden, which he had never done before,” Kuberová recalled. “He was nervous.”

She said that for the first time in 52 years since they had been together, “he didn’t confide in me.”

“He came home from that lunch … other times he always told me everything. This time he didn’t tell me anything, just that it went normally.

“He probably didn’t want to burden me with that. … He said that it was good, and that he would not be discouraged in any way, that he had always done everything and would not talk about anything.”

But he became even more “tense” after a 30-minute private meeting with the Chinese Ambassador Zhang Jianmin at the embassy in Prague on Jan. 17, she said. During that meeting, the ambassador allegedly threatened that he would try to get Kubera replaced if the Taiwan visit went ahead.

Kubera collapsed in his office just three days later. According to his doctor, the heart attack may have actually happened on Jan. 17 or Jan. 18, coinciding with the time when Kubera was most stressed.

Kubera’s successor, Milos Vystcil, announced an investigation into the letters on April 27. He said that the inquiry was needed to defend the country’s sovereignty and freedom.

The Chinese foreign ministry said in February that it did not know where the letter had come from.

But a spokesperson made clear that “China resolutely opposes a country that has established diplomatic relations with China having official exchanges with Taiwan authorities in any form.”

“China’s business pressure on the Czech Republic proves that ‘One Belt One Road’ is a predatory policy tool, bringing only counter-effects to the global business order,” Foreign Ministry spokeswoman Joanne Ou said.