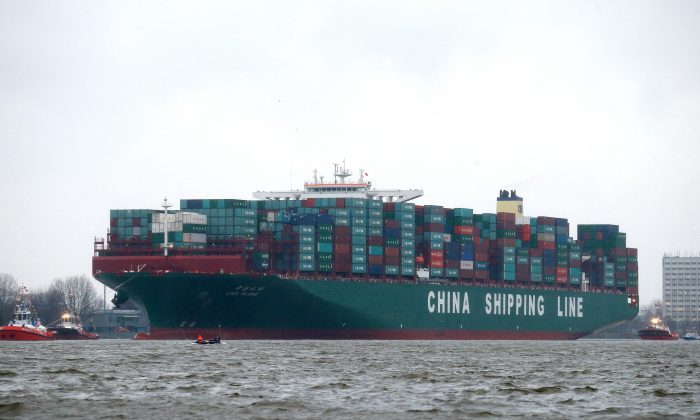 The metrics are alarming, given that even the officially released Chinese Communist party GDP growth figure is still the lowest since 1990, and below the 8 percent floor the regime set for itself in 2010 and modified by Premier Li Keqiang in 2013 to 7.3 percent—believing that anything lower would fuel social unrest and threaten the party’s hold on power.

“China is beset by the largest capital outflows on record, which are tightening domestic monetary conditions, while industrial profits have stagnated for an unprecedented third straight year,” wrote Diana Choyleva of Lombard Street in a research note to clients. “It is clear that Beijing will need to support the economy if it is to avoid a dangerous collapse.”

It is clear that Beijing will need to support the economy if it is to avoid a dangerous collapse.
— Diana Choyleva

Lombard Street saw this, and held a contrarian view on China even as most of Wall Street was mesmerized by its perceived economic expansion.

Much of China’s recent development is financed by debt and the shadow banking sector. Consultancy McKinsey & Co. estimated that China’s overall debt has quadrupled since 2007, in a report on global debt published this month. Total debt increased to $28 trillion by mid-2014, from $7 trillion in 2007, according to McKinsey.

China’s debt load is 282 percent of its official GDP, which is higher than the United States and Germany. The country is also increasing leverage at a time that most developed nations are attempting to lower their debt.

Debt, in most forms, is manageable if the underlying economic activities are sound. But China’s debt is particularly concerning due to excessive concentration in its domestic real estate sector and off-balance sheet transactions by local governments.

“Over the past year, a (real estate) correction has begun,” McKinsey wrote. “Transaction volumes are down by around 10 percent across China, and unsold inventories are building up.”

The issue is twofold. Due to the excessive leverage, even small price decreases could dent debt valuations and destroy bank balance sheets. That exact scenario played out in 2007 during the U.S. subprime mortgage crisis.

China’s construction sector also contributes around 15 percent to China’s GDP and a large swath of employment. A slowdown, which is already underway, will cause smaller firms to default and drive down employment.

One of China’s stimulus goals in 2008 was to modernize its manufacturing sector and push for more high-technology production. The shift would increase overall wages in the country and drive domestic demand for its products.

It was a sound idea in theory. But the reality is a bit more complicated.

The move drove up costs for manufacturers, and China lost business to lower-cost manufacturing bases such as Vietnam, Cambodia, and Malaysia for low-end products. The Association of Southeast Asian Nations, which represents ten South Asian nations, announced that 2013 foreign direct investment into its member countries exceeded China’s for the first time in history.

Yet growths in high-technology manufacturing haven’t made up for the losses, due to the more entrenched industrial powers of South Korea and Japan, the latter of which instituted its own monetary easing over the last two years to spur export growth.

Total Chinese exports in January fell 3.3 percent, according to the Communist regime’s General Administration of Customs. Actual amounts should be even lower after adjustments for ongoing mis-invoicing practices.

This means that a growing population of unemployed could strain social stability in 2015. While true unemployment figures are hard to estimate given China’s large migrant worker population, analysts generally harbor a bearish view on its employment outlook.

Over the last decade, China has been the single biggest importer of raw materials such as oil, metals, and other commodities. The manufacturing and processing industry slowdown in China will keep commodity prices down in the foreseeable future, hurting raw material economies of Russia, Australia, and Brazil.

Domestically, capital flight is likely to accelerate. “China’s growth slump and record capital outflows continued to intensify in the last quarter of 2014,” Lombard Street wrote in a research note Jan. 21.

Stock pickers view excessive share sales by insiders or directors as a warning sign that something’s amiss at a publicly listed company. A similar scenario has been playing out in the China economy for over a decade. Wealthy and influential Chinese, mostly politicians and appointed heads of state-owned corporations, are increasingly liquidating their domestic assets and sending funds abroad. Recent “anti-corruption” campaigns by President Xi Jinping have only quickened such capital flight.

The PBOC this month cut Chinese banks’ reserve requirement ratio by 50 basis points. The action should increase bank lending, and debt rollover—paying off existing debt by issuing new ones, which is additive to total economic activity—is likely on the agenda.

China’s only viable option is more stimulus, which will continue to artificially elevate its economic activity. It also guarantees that existing flaws within China’s economy will worsen and its pricing bubbles will grow larger.

Akin to a drug addict’s growing substance dependence, when the day of economic reckoning arrives, the crash will be that much more painful.