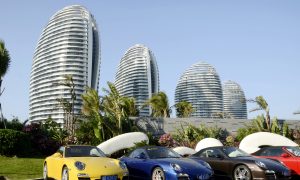 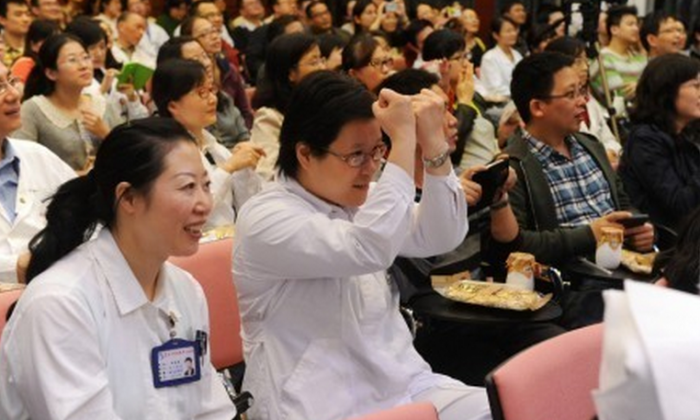 When a patient stabbed three doctors and killed one at a hospital in Zhejiang Province on Oct. 25, the tense relationship between doctors and patients in China became a matter of national attention. In response to patient violence, some hospitals around China have strengthened security. Hospitals in Shanghai have gone a different route: inviting a Taekwondo master to offer self-defense training sessions for their medical staff.

A training course named “Self-defense Awareness and Skills” was hosted by Zhongshan Hospital in Shanghai on Nov. 5. The trainer was a black belt Taekwondo instructor from the World Taekwondo Federation; doctors, nurses, and other hospital staff attended in large numbers, Chinese media reports said.

The Huashan Hospital also in Shanghai hosted its own course on the same day: a professional self-defense expert from the local Public Security Bureau, Ni Jun, was brought in to give demonstrations.

The news aroused heated discussion on the internet, with many observers arguing that the defense training would simply “intensify antagonisms.” Others called it ridiculous.

“This is the funniest joke in the whole world. Doctors and patients are in state of hostility now!” wrote the netizen Jxhweb, in a comment that received 7,000 thumbs up, a sign of agreement.

The cold and aloof attitudes on the part of doctors are part of the cause of the problem, wrote some commentators. “Training in kung fu? It seems that the hospital has no idea of their own problem,” wrote netizen Dida Bijiben. “There are so many doctors with poor attitudes and who don’t care about patients. They treat patients like animals. That’s the root reason for the patient’s revenge. They should reflect on themselves.”

Liu Guoen, a Chinese economist who comments on current affairs, referred to the medical care system in China being at fault, in an interview with Chinese Central Television, the state broadcaster. “The social system, including the medical care system, is not improving with economic development,” Liu said. “Chinese hospitals lack care and comfort services for patients.”

Complaints of expensive medical treatments in Chinese hospitals, and at times even extortion, are also serious in China. Doctors have also been known to foist expensive drugs on patients, because they receive kickbacks, the CCTV report said.

Six incidents of patients attacking doctors took place within 10 days in October in China, according to the Chinese Medical Doctor Association, contributing sharply to the impression that patients and doctors were at each others’ throats.

The China Hospital Association conducted a survey earlier this year about violence against doctors in 2012, said the state-run Xinhua. From the 316 hospitals in 30 provinces across China that participated, it was found that each hospital had an average of 27 patient-on-doctor violent attacks in 2012; seven more than in 2008.