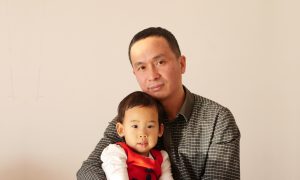 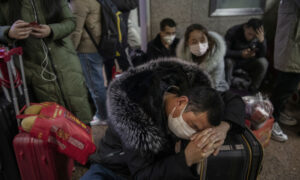 Chinese Viral Outbreak Could Be ‘10 Times the Scale of SARS,' Expert Says
0 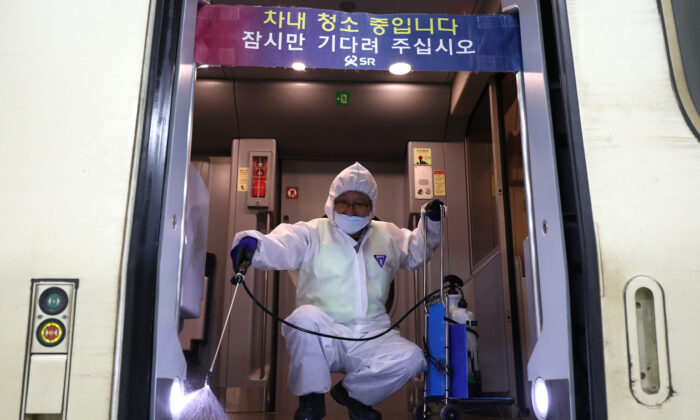 A worker wearing protective gear sprays anti-septic solution in a train amid concerns over the spread of the 2019 Novel Coronavirus, also known as the Wuhan coronavirus, in Seoul, South Korea on Jan. 24, 2020. (Chung Sung-Jun/Getty Images)
CCP Virus

Chinese Doctor Concerned That Wuhan Pneumonia Outbreak Will Get Worse

A doctor in Wuhan City who has been treating patients with Wuhan pneumonia disclosed some alarming information about the new virus, and expressed concern that the disease will be out of control in the next several months due to the authorities’ slow response and lack of transparency.

The doctor, surnamed Xu, spoke to U.S.-based Chinese media Secret China on the condition of anonymity on Jan. 24.

He disclosed that by Dec. 31, 27 patients were confirmed to have been infected by the coronavirus, but Wuhan’s public health officials decided not to inform the public of the new disease. Moreover, some features of the novel coronavirus make it more dangerous than SARS (Severe Acute Respiratory Syndrome).

Xu revealed that hospitals in Wuhan do not have the capacity to handle the current number of patients. All hospital beds have been occupied, and many who need to be hospitalized cannot get in. A newly developed test kit for the coronavirus is distributed to top grade hospitals exclusively, but only in limited numbers. That means other hospitals are at a disadvantage when it comes to handling the disease.

In addition, a coronavirus diagnosis test requires a biosafety lab that can handle category A infectious diseases. Category A diseases, such as ebola or anthrax, pose the highest risk to national security and public health. Some of China’s top grade hospitals are not equipped to do a diagnosis test.

At present, hospitals in Wuhan can only perform diagnosis tests on seriously ill patients. Those who appear to have mild symptoms are told to go back home and monitor their condition, Xu revealed.

Covering Up Is the Biggest Mistake

Xu said he believed that during the early stage of the viral outbreak, the situation was controllable.

“Wuhan’s public health organizations detected the new virus when the disease started to emerge among patients in Wuhan,” Xu said. “As early as Dec. 31, 2019, Wuhan Health Commission notified the higher authorities that they found 27 patients infected with a new virus, and all these patients were placed under strict quarantine. By Jan. 8, virology experts identified the virus, and completed gene sequencing two days later.”

However, Wuhan’s public health officials made a mistake by not alerting the public in a timely manner, Xu said.

“The public health officials adopted a policy called ‘strict [control] internally, while relaxed [handling] externally.’ It means that medical personnel must strictly quarantine patients and provide treatment in the hospital, while the authorities only disclose a little bit of information (of the disease) to the public,” he said.

For a disease as contagious and deadly as the Wuhan pneumonia, Xu pointed out that the authorities should have done more to warn the public about the seriousness of the situation.

“They should have urged the public to stop mass migration, assembly, and alert them to wear a mask and wash hands frequently. Think about it, it is precisely because the civilians are not aware of the seriousness of the matter and the importance of prevention that there was this big 40,000-family banquet in the midst of a serious outbreak. Also, when someone is infected, he may not take it seriously at first and would not go to a hospital to seek treatment.”

On Jan. 18, over 40,000 families in Wuhan attended a festive banquet to celebrate the Little New Year, which falls on the 23rd day of the 12th month in the lunar calendar. That was two days before Chinese authorities announced that Wuhan pneumonia has been confirmed to spread by human-to-human contact.

Wuhan Pneumonia Is Tougher to Tackle Than SARS

Based on Xu’s observation, the new coronavirus that caused Wuhan pneumonia is difficult to detect because it spreads quickly, making it a lot more dangerous than SARS.

“When infected, the early symptoms can be very mild, such as lethargy, dry cough, or low-grade fever. That means we cannot even screen patients based on body temperature. Some patients who are still at the virus incubation period have no symptoms at all. This new virus differs from SARS because some patients’ symptoms appear to be mild, but they nonetheless carry the virus and can spread it to other people,” Xu explained.

He thinks that’s one of the key reasons the disease spreads so quickly.

“The first group of patients mostly have connections with Huanan Market, but the second group have nothing to do with that market. In retrospect, I think that people who have the virus, but show little or no symptoms, can still infect others around them if they don’t go to the hospital for treatment.”

Xu said some doctors in other departments at his hospital were infected by patients who showed little or no symptoms of Wuhan pneumonia.

“Our department has taken adequate biosafety preventions since Dec. 31, but doctors in other departments do not have this level of prevention because they did not anticipate such things would happen,” Xu added.

Xu, a native of Wuhan, was a medical student in Beijing during the SARS outbreak in 2003. He remembered vividly how Beijing hospitals identified and isolated SARS patients.

“Some hospitals in Beijing did not have the diagnosis kit at that time. But the patients who may have been infected by SARS were quarantined,” he said. “While in Wuhan, many suspected pneumonia patients were sent back home. Also, some patients sought treatment in more than one hospital because almost all the hospitals in the city are overly crowded now. They would have come into contact with many others in the waiting lines, and if they take public transportation to go to hospitals, the risk of spreading the disease is even higher.”

Our current understanding of the virus is insufficient, Xu added.

Xu said he believes that a bigger outbreak is yet to come. The virus will spread further when people go back to work from their hometown after the Chinese New Year, causing another serious outbreak in populous cities.

He hopes that the spread of the disease will slow down in May. “On the one hand, I think we will gradually have more control and preventative measures put in place. On the other hand, coronavirus does not like hot weather. When it gets hot, it should help to repress the virus. Now I am prepared to continue the battle until May.”