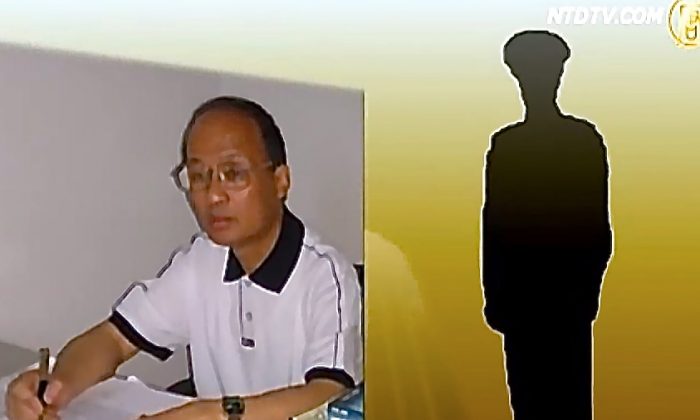 Zheng Enchong, a Chinese rights lawyer, smells a rat: after being under almost continual house arrest for over seven years, he has been allowed to leave his home, speak with a U. S. diplomat, and even travel to Hong Kong to lecture.

The flurry of freedom comes just over a week prior to the scheduled meeting between President Obama and Chinese Communist Party leader Xi Jinping in California.

“I am surprised that their attitude toward me has changed all of sudden,” Zheng told NTD Television. “I think that it’s probably related to the approaching meeting between Xi Jinping and the U.S. on June 7 and 8. If it’s brought out that lawyers in China are suppressed, Xi might be put under pressure.”

Zheng suspects that Xi was personally told about his treatment by the head of domestic security apparatus in Shanghai, and decided to ease things up before his visit to the United States. “Xi is allowing me and my wife to go to Hong Kong so that the U.S. can’t make an issue out of my case,” Zheng said.

He added: “In fact, Xi is using me as a tool. I am not very comfortable about it. How can he use me as a tool like that?”

Zheng was told about the sudden relaxation of the house arrest just days ago: he was allowed to travel to the Hong Kong Chinese University, which had in April invited him to come and speak. “I could even take my wife with me.” (They would be escorted there, however).

One of his first excursions out of the apartment was to meet with Russell Menyhart, Director of the Political Department at the U.S. Consulate in Shanghai; they discussed human rights lawyers in China.

“Menyhart’s intention was very obvious,” Zheng told NTD. “Our conversation was to prepare for the dialogue on human rights between China and the U.S. The treatment of lawyers is one of the focuses.”

Zheng told Meynhart that top Party officials stood behind what is effectively the illegal way that he has been treated.

Yu Zhengsheng, a member of the Communist Party’s Standing Committee, the most powerful body in China, had boasted, according to Zheng: “We couldn’t beat Zheng Enchong and Ni Yulan with legal knowledge but we could deprive them of their jobs. So we stopped claiming that they disclosed national secrets, and began to use political means to make them unemployable.” Zheng referred to remarks of a similar nature made by Zhou Yongkang, former head of internal security.

Menyhart was also apprised of the violent treatment accorded other lawyers who tried to use the legal system to redress official abuses. Zheng referred to the case of Ni Yulan, an attorney who defended Falun Gong practitioners, petitioners, and people who had been evicted from their homes. Ni ended up in jail for her work, and was crippled after being severely beaten in prison; she now gets around in a wheelchair or on crutches.

Zheng’s case tracks those of well-known dissidents Chen Guangcheng and Hu Jia, who were also locked inside their houses after completing prison sentences on political charges.

The strict house arrest allows his wife out only to go shopping once a day, typically with an escort, says Amnesty International; on days the authorities deem “sensitive,” the police go shopping for her.

Communist authorities have gone to tremendous lengths to shut down civil rights lawyers like Zheng over the last seven or eight years in China. “Troublingly, all these rights defenders are now under great pressure,” wrote New York University’s U. S. Asia Law Review, in 2009.

“This is due to the fact that, since Chen Guangcheng, Gao Zhisheng and Hu Jia were successively silenced by the government, there has been a more systematic campaign against the Beijing-centered rule of law and human rights movement, targeting not only individuals but also the movement’s groups and strategies.”