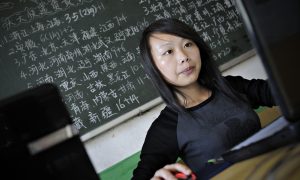 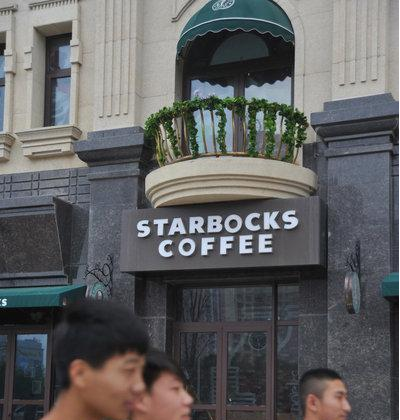 There’s nothing like a hot cup of “Starbocks.” Many international name brands are pirated, but deliberately misspelled, in the Olympic Sport Center Wanda Plaza in China’s Liaoning Province. (Screenshot/Money.163.com)
China

There’s something fishy about the brand names of shops–which all seem to be spelled almost correctly–in the Olympic Sport Center Wanda Plaza in China’s Liaoning Province.

In an effort to attract retailers, the recently opened Plaza has set up several stores that look like well-known international brands, such as Starbucks and Chanel.

However, none of the stores are open, and if you look closely the names are misspelled: Chanel has become “Cnanel,” Häagen Dazs is “Häagen Dezs,” and Hermes is “Herwes.”

The plaza deliberately spelled the names wrong, according to state mouthpiece Xinhua News Agency. The logos and decorations are also similar to the real brands.

The European-style center is using the fake brands as a promotional tactic. Plaza staff told Xinhua that the signs were all fake and the plaza had no control over which retailers would actually buy the store properties.

The staff also explained that none of the stores had been sold yet and they were for sale for 44,000 yuan ($7,190) per square meter.

Jin Guangyu of the Yingke Law Firm told Xinhua that the Plaza’s decision to pirate these brands was highly unusual, although it’s not unheard of for developers to promote their properties with brand names.

Netizens expressed their surprise about the fake brand names.

“Piracy has reached a new level. My friends and I are simply blown away,” a netizen with the nickname “Love to Horse Around” said, according to Xinhua.