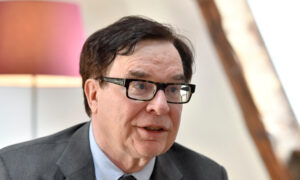 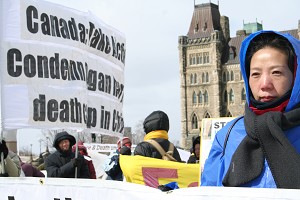 A U.S.-based human rights organization revealed on Wednesday the presence of a large harvested organ market near the site of a concentration camp in northeastern China.

The World Organization to Investigate the Persecution of Falun Gong (WOIPFG) wrote in a report that the Sujiatun concentration camp, which a journalist recently said held over 6,000 Falun Gong practitioners in captivity, was connected to a local hospital, and had become a supplier of organs to that hospital and other hospitals in Shenyang City by harvesting the organs of the detained Falun Gong practitioners.

The concentration camp, which is underground and was built upon the infrastructure of an aerial defence facility, is directly connected through a back exit to a hospital in Sujiatun (which is both a district in Shenyang City and the name of the concentration camp). The camp is heavily guarded and has its own supply system, including underground shops.

The organs are harvested while the victims are still alive, and then sent to the hospitals for use, the report says.

The report comes on the heels of an interview given to The Epoch Times by the Chinese investigative journalist who first revealed the existence of the Sujiatun concentration camp. Practitioners detained there have their organs harvested and their bodies cremated, and none has ever come back out, he says.

Doctors in the connecting hospital, who witnessed the harvesting procedures, were psychologically traumatized, says WOIPFG spokesman Kevin Yang. Some, he says, have quit or taken their own lives.

“They described [Sujiatun as], 'that place is like hell'.”

Yang says WOIPFG investigators had called Sujiatun District and Shenyang City hospitals, posing as prospective organ buyers, and were shocked at how soon they were told they could get organs.

“[We] were so surprised—the answer is probably about two days, the longest around two months,” said Yang. “That's impossible if they don't have anyone there to kill, because the death penalty [inmates] in China [are] not that many. It's impossible for the patient to get that in just two days.”

Meanwhile, news of the Sujiatun concentration camp and state-run organ trade has caused a stir in the West. In Ottawa, approximately 200 demonstrators rallied on Parliament Hill on Wednesday to call for immediate Canadian government action to stop the secret concentration camp, which event organizers describe as reminiscent of Auschwitz.

The Falun Dafa Association of Canada has written to the Prime Minister urging Canada to condemn this camp and the Chinese communist regime's persecution of Falun Gong and to speak out at the United Nations to mobilize an investigation and rescue.

“This kind of mass killing is a challenge to the basic human nature of us all,” said Association President Li Xun. “If we are aware of this extent of evil and we choose to do nothing, we all hold responsibility in these crimes by accepting them through our silence.”

Brian McAdam of China Insight echoed this sentiment. “China has dangled billions of dollars of trade, seducing many countries into ignoring human rights issues,” he said. He asked the new Canadian government to “re-examine the former cozy relationship with this blood-soaked regime, which has been responsible for the deaths of an estimated 70 million people.”

“Some of my fellow practitioners in China have disappeared. It's very possible that they have been taken to Sujiatun and harmed,” said 73-year-old Huang Yunqin.

Before coming to Canada in 2001, 66-year-old Qiao Shiyue had been imprisoned in a Chinese labour camp for one year for practising Falun Gong. She noted that she wanted her hunger strike to expose the “barbarity, tyranny, and evil of the Chinese Communist Party and let all people clearly see its true face.”

Tian Meiling described her experience in China. “In 2001 my daughter's neighbour's entire family, all Falun Gong practitioners, was arrested. Their son has since disappeared, and to this day we don't know what has happened to him.”

Over 2,800 practitioners have been verified as tortured to death, the Falun Dafa Association says, with expert sources as early as 2003 putting the death toll in the range of 10,000. Hundreds of thousands have been illegally detained, and many remain missing. Among them is Zhang Yunhe, sister of Canadian Michelle Zhang. She was detained four years ago, and authorities have since denied knowing her whereabouts.

“We know clearly what happened at the concentration camps in Nazi Germany. We can understand what is happening in China now,” said Li.