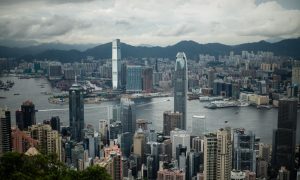 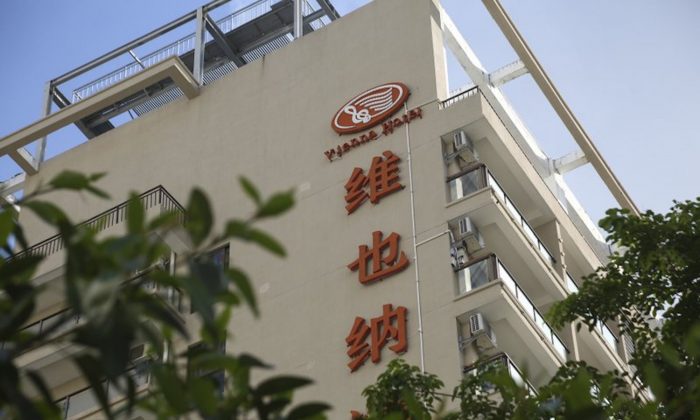 A Vienna International Hotel in Sanya City in southern China's Hainan Province is seen on June 20, 2019. The hotel chain is amongst 84 names listed by the Civil Affairs Department in Hainan whose names are in need to be "cleaned up" due to various reasons including "worship and have blind faith in foreign things." China is cracking down on "foreign" names under a new campaign, stirring controversy amid a government-backed tide of rising nationalistic sentiment. (Chinatopix via AP)
Social Issues

BEIJING—The Manhattan neighborhood, Venice Garden, the Vienna hotel chain—to the ears of the Chinese regime, the names are too foreign-sounding and must go.

Provinces and cities across China have been issuing notices pressuring both private and public officials to rename businesses, bridges and neighborhoods, reflecting renewed efforts by Chinese leader Xi Jinping’s government to “sinicize” China.

The move came to light after Vienna Hotels, which according to its website operates 2,500 properties in China, fought back on social media this week, and other users jumped in to ridicule the move.

China’s Ministry of Civil Affairs confirmed on June 21 that the campaign is underway, but said that some local governments are not implementing the new rule accurately. It maintained though that foreign names have an ugly social influence that needs to be cleaned up.

The post on the ministry’s website added that along with foreign names, names that are “weird, repetitive, or self-aggrandizing” should also be changed.

Local governments, from Inner Mongolia in the north to Hainan island off the southern coast, have been sending out instructions urging the change.

Last week, the Civil Affairs Department in Hainan posted on its official website a list of 84 names of hotels, neighborhoods, cinemas, roads and bridges in 10 cities, three counties and one economic development zone. It said the names need to be cleaned up for several reasons, most of which had to do with “worshipping of and having blind faith in foreign things.”

Fifteen of the 84 names are hotels run by the Vienna Hotel Group.

Vienna Hotels, in a post Tuesday on Weibo–a Twitter-like app and website in China—said it had complained to the Hainan Civil Affairs Department and is awaiting a response. Its brand is registered with the national trademark bureau from 2012 to 2022, the post said.

Comments on Chinese social media generally poured scorn on the campaign, with users comparing it to North Korea.

“This is improper, they did too much, it violates the rights of having a name freely,“ said Chen Xiaoyang, a project operator in a technology company based in Beijing.

The Hainan Civil Affairs Department did not respond to requests for comment.

An April notice from the Ministry of Civil Affairs and five other ministries said the names of places should “serve national sovereign rights” first.

“If the hotels and neighborhoods have foreign names, they may not sound patriotic in the eyes of the authority, which likes to keep everything under control,” said Zhang Lijia, a writer and commentator.

International hotel chains such as Hilton, Sheraton and Intercontinental and other foreign companies are exempted, according to the local government announcements.

You Yunting, an intellectual property lawyer in Shanghai, said the hotel names are trademarks that have been registered.

The name-correction campaign “is trampling the law,” he said. “It cannot be decided by personal preference.”