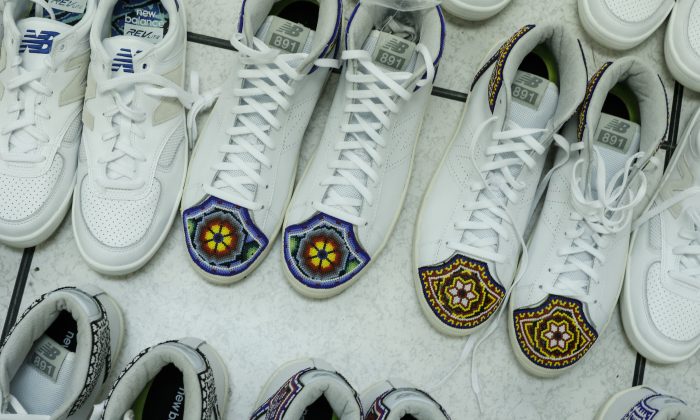 A Chinese court recently awarded New Balance over 10 million yuan ($1.5 million) for trademark infringement, one of the highest compensations for such a violation granted to foreign companies.

The court said the trio that made shoes under the brand New Boom had shown a “malice by free-riding,” which led to “confusion by a large number of consumers,” according to a copy of the ruling obtained by The New York Times. The ruling has not been made public at press time.

New Balance might also have benefited from China’s new trademark law implemented on May 1, 2014, which increased the upper limit of trademark infringement awards from $75,000 to $450,000.

New Balance’s battle for protecting its trademark rights in China has been a lengthy and difficult one.

Founded in 1906 in Boston, a city known for one of the world’s oldest annual marathon events, New Balance is one of the top foot gear manufacturers.

New Balance made its first entry into Chinese markets in 1995 under the transliteration Niu Balun, and has since fought with several Chinese manufacturers and a shoe supplier that exploited its brand by selling its shoes at dirt cheap prices.

Unlike many Western countries, China awards trademarks by the order companies file them. In 2012, Apple was made to pay $60 million to a local competitor that registered the trademark iPad.

In 2013, New Balance lost its dispute with Chinese shoemaker Xin Bailun, which claimed to have registered in June, 2004, two years before New Balance started promoting the same brand name. New Balance appealed, and lost again in June 2016, and was ordered to pay the Chinese company 5 million yuan (around $750,000).

The recent court ruling marked an unprecedented victory for New Balance and other western brands that tried to compete with their Chinese rivals in a market troubled with piracy and inadequate brand protection.

Last year, the legendary basketball star Michael Jordan prevailed in a 5-year dispute over a local sportswear company that used his name. Under Armour, meanwhile, won a $15 million lawsuit this past June against Chinese company Uncle Martin, which directly copied its logo and sneaker design.

“For every big brand that is infringed in China, there are many, many less famous brands that are victims of this situation,” Paolo Beconcini, an experienced consultant on Chinese intellectual property cases at law firm Squire Patton, told BBC in an interview.

“It sends a strong and powerful message that should make it easier for foreign brands doing business here,” Carol Wang, a lawyer at Lusheng Law Firm told Reuters on behalf of New Balance.

China, the second largest market for sports gear, has seen a growing interest in jogging and fitness activities. New Balance occupied about 1.8 percent of Chinese shoe market in 2016, as compared to 7 percent for Adidas and 7.8 percent for Nike, according to Euromonitor.