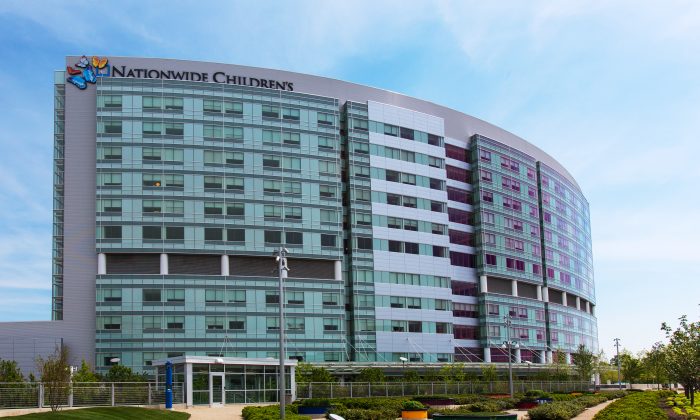 A California-based Chinese couple has been charged with stealing trade secrets from an American children’s hospital for the benefit of their Chinese and U.S. biotech companies, according to a federal indictment unsealed on Sept. 16.

Zhou Yu, 49, and his wife Chen Li, 46, worked as researchers at the Nationwide Children’s Hospital’s Research Institute in Columbus, Ohio, prosecutors said in a press release. They worked in separate medical labs at the institute for 10 years until 2017 and 2018 respectively, and founded a biotech company in China in 2015—selling the same technology that they had been researching.

The research related to exosomes—small sacs of fluid released from cells that have increasingly been used in the research, identification, and treatment of a range of diseases, including liver fibrosis and liver cancer.

The Chinese company they founded sold products and services in exosome isolation, the U.S. Justice Department said in a press release.

According to the indictment, the couple also applied for Chinese patents relating to exosomes and exosome isolation, and submitted funding applications relating to this field of research to various bodies in China, including the National Natural Science Foundation of China, an institution administered under China’s cabinet-like State Council.

While employed at the hospital, the defendants also attended conferences in China relating to this field without the U.S. institute’s knowledge or authorization, the indictment said. They also allegedly received payments from the China’s State Administration of Foreign Expert Affairs, “a Chinese governmental agency responsible for coordinating the transfer of foreign intellectual property located abroad to China,” for “technical direction and exchange” in 2017.

Prosecutors also allege that Zhou in 2017 co-founded an American biotech company that advertised several products and services relating to exosome isolation, including “a kit that was developed from a trade secret created at a Nationwide Children’s research lab.”

Zhou and Chen received more than $800,000 in cash from their involvement with the American biotech company, prosecutors said, adding that Zhou is also due to receive $450,000 from a stock purchase agreement with the company.

The defendants were arrested in July in California, and charged with offenses including theft of trade secrets and wire fraud. They each face up to 10 years in prison for the former offense, and up to 20 years for the latter.

In recent months, U.S. authorities have clamped down on the theft of intellectual property from U.S. academic and research institutions, citing concerns that students and researchers may facilitate the transfer of key U.S. technology to China—encouraged under Beijing’s aggressive industrial development policies.

The National Institutes of Health (NIH), the largest funder of biomedical research in the United States, sounded the alarm last year, warning U.S. institutions that the Thousand Talents Plan, a Chinese state-sponsored recruitment program for attracting foreign experts to work in China, could be used to transfer key research—often produced with federal research grants.

The NIH has since started investigating NIH-funded foreign scientists at more than 55 U.S. institutions.

“The theft of trade secrets is a growing threat that severely impacts our economy and our national security,” said FBI Cincinnati Special Agent in Charge Todd Wickerham in the latest press release. “The FBI is committed to investigating these cases and working with all of our partners to protect intellectual property.”