Chinese Corn Mill Near US Air Force Base May Have ‘National Security Implications’: Senators 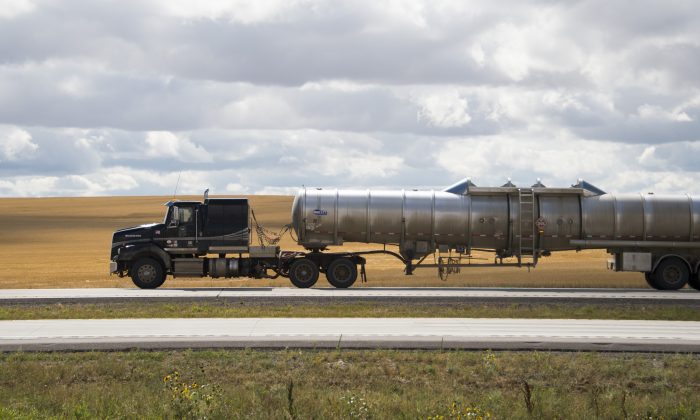 A trio of U.S. senators is requesting a security review of a farmland purchase by a Chinese agribusiness with a founder who has links to the Chinese Communist Party (CCP), raising concerns about the property’s proximity to a U.S. military installation.

“This property is approximately 12 miles from Grand Forks Air Force Base, which has led to concern that Fufeng operations could provide cover for PRC [the People’s Republic of China] surveillance or interference with the missions located at that installation, given Fufeng Group’s reported ties to the Chinese Communist Party,” the senators wrote in a July 14 letter addressed to Secretary of Defense Lloyd Austin and Secretary of the Treasury Janet Yellen.

“PRC investments in the United States demand scrutiny. We therefore urge you, through CFIUS, to determine whether this project has national security implications and inform us when such a review is completed.”

Fufeng is a manufacturer of bio-fermented, corn-derived products, which are used in end products ranging from animal feed to pharmaceuticals. A Hong Kong-listed company, the group has multiple subsidiaries around the world, but most of its production facilities can be found in northeast China.

Fufeng’s chairman, Li Xuechun, was a provincial-level representative in China’s rubber-stamp legislature system—the People’s Congress—in 2008 and 2013 in northeastern Shandong Province and has been a CCP member since 1985, according to Chinese media reports.

Li received the “model worker” and “outstanding” awards for entrepreneurs by Shandong provincial authorities in 2003. According to geopolitical analyst Ross Kennedy, the awards revealed Li to have embodied “the synthesis of economic and political goals of the Shandong region and the CCP.”

Considering Fufeng’s connections to an adversarial regime and the sensitive nature of the U.S. military installation, Cramer says the corn mill’s location is too close for comfort.

Cramer also noted that the Chinese regime is “very strategic” about the acquisitions of overseas assets, demonstrating a “willingness to use economic enticement to gain access to very important assets, whether it’s a port in Sri Lanka or an airport in Uganda.”

“China has been a predatory investor for a long time,” he said.

“The Senate Intelligence Committee has been loudly sounding the alarm about the counterintelligence threat posed by the PRC,” Warner told CNBC. “We should be seriously concerned about Chinese investment in locations close to sensitive sites, such as military bases around the U.S.”

According to a May report by the U.S.-China Economic and Security Review Commission, an influential congressional advisory body, the Air Force facility “houses some of the United States’ top intelligence, surveillance, and reconnaissance capabilities.”

The commission found the mill’s location “particularly convenient for monitoring air traffic flows in and out of the base, among other security-related concerns.”

A representative of Fufeng USA, the subsidiary of Fufeng Group that has been leading the development and discussions with the City of Grand Forks, North Dakota, dismissed such security concerns.

“I know we’re not going to be asked to be collecting any intelligence on Grand Forks Air Force Base,” Eric Chutorash, chief operating officer of Fufeng USA, told local media outlets in March. “I can’t stress it any more than that. Me personally, I wouldn’t provide it. I don’t believe the team being built there would provide it.”

Brandon Bochenski, mayor of Grand Forks, has touted the economic benefits of the project while maintaining that the city has been working with authorities for direction.

“We have been in contact with our Governor, ND [North Dakota] state agencies, U.S. Senators, and U.S. House Representative regarding the project,” Bochenski previously told The Epoch Times in an email.

“We see economic benefits of a new wet-corn milling facility in the region. We are doing as much due diligence as possible and look to the appropriate federal agencies for national security insights and direction.”

The Pentagon declined to comment, and the Treasury didn’t respond to an inquiry from The Epoch Times.

J.M. Phelps contributed to this report.