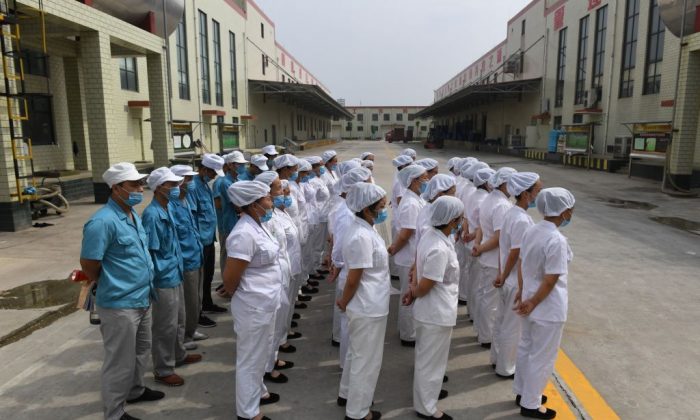 Days after the Chinese Communist Party (CCP) announced that it would be mandating all publicly-listed companies in the country to set up Party organizations for their employees, provincial authorities in Zhejiang Province decided to extend the Party’s influence to startups in the area as well.

The party committee of the Leo Group, a maker of water pumps and gardening equipment located in the Zhejiang Province in eastern China, announced that it has teamed up with party committees at 30 other companies to create a “party committee alliance” for publicly-listed companies in Wenling, a coastal city in Zhejiang, said the state-run news site Zhejiang Online on June 18.

The alliance would serve two major objectives: help local publicly-listed companies to transform their businesses so they can stay competitive in the market, and assist startups with the necessary qualifications to be listed on the stock market in the future, according to Zhejiang Online.

Additionally, the alliance would serve as a political “wind vane” for local companies—a euphemism for making sure companies toe the Party line—and act as an “exhibition booth” for Party work within companies, said Lin Renyong, party secretary of Leo Group’s party committee.

Lin added that the alliance’s “red power” would serve as the new energy behind local economic development. Red is the color used to symbolize communism.

The CCP has for years tried to exert its influence into every facet of society, establishing Party branches at workplaces and universities. Recently, even tourist sites have become targets, such as Shanghai’s Disney theme park. The Party committee at Disney tried to hire a specialist with CCP membership to coordinate Party and union activities in January, according to Quartz. Meanwhile, the scenic imperial palace, the Summer Palace in Beijing, established a “party representative office” in November 2017.

Party branches exist in 70 percent of the roughly 1.8 million privately owned companies in China, according to Reuters.

Foreign companies like Disney have increasingly witnessed Party influence seeping into their businesses. Qi Yu, deputy head of the CCP’s Organization Department, said at a news conference at the 19th National Congress in October that 106,000 foreign-funded companies have established party branches.

Some companies have more than one party branch. According to a June 13 report by Zhejiang Online, Zhejiang Satellite, a chemicals company, has a total of six Party branches—some were established at the company’s subsidiaries, while one particular branch was set up within the sales department of the company.

The party organizations at Zhejiang Satellite hold Party classes and meetings every month, and a general meeting for all Party members at the company are held every three or six months.

In 2017, the establishment of party branches at two major internet companies—Zhihu, China’s equivalent of Quora, and DouYu, a video-sharing app—also drew speculation that the Chinese regime had plans to broaden the scope of its online censorship apparatus, according to Taiwanese newspaper the Liberty Times. A member of Zhihu’s party branch hinted at the possibility when he said during a media interview that the company would “uphold principles the Party uses to control media.”