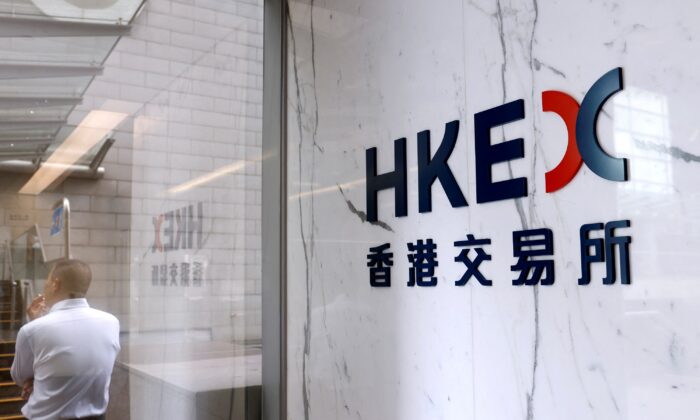 According to its latest interim results (pdf), in the first half of 2022, the HKEX saw a 27 percent drop in profit and an 18 percent decline in revenue and other incomes compared to the same period last year. Its IPO fundraising plummeted from HK$211.7 billion (around $27.5 billion) to HK$19.7 billion (around $2.6 billion), dropping 91 percent year over year.

With its record weak market sentiment in the first half of 2022, HKEX has fallen out of the global top five in IPO fundraising. In the past 13 years, Hong Kong has been the world’s top IPO venue seven times, and its lowest global ranking was fourth in 2012 and 2021.

The slump in the IPO market has affected HKEX’s performance. According to the 2022 interim results, core business revenue was down 11 percent compared to the first half of 2021. The drop in revenue reflects the “lower trading and clearing fees driven by lower Headline ADT and lower depository fees from e-IPO applications.”

Average daily turnover value (ADT) is calculated by dividing the total value of share trading by the number of trading days during the year, as defined by the World Federation of Exchanges. Headline ADT means ADT traded on the HKEX.

However, according to Chinese state-owned financial news CLS, HKEX continues to be “the top choice for return IPOs amid increasing uncertainty for Chinese companies to be listed in the U.S.”

According to Investopedia, GDR is a certificate issued by a bank representing shares in a foreign stock on two or more global markets.

“In order for Chinese companies to list GDRs in Switzerland, the existing regulatory framework for GDRs was reviewed, amended, and entered into force on July 25, 2022,” according to SIX Swiss Exchange (SIX).

In response to the Swiss GDR trend for Chinese firms, Albert Song, a current affairs commentator and expert on the Chinese financial system, told The Epoch Times that Chinese companies seek overseas financing mainly to raise funds and expand the companies’ foreign influence.

“The prospect of going public in the United States is becoming more and more difficult due to stricter rules issued by the U.S. Securities and Exchange Commission, and Chinese companies are facing delisting for financial fraud and reluctance to give audit reports. Therefore, Europe has become a favored alternative, and I believe there will be a concentration of Chinese companies listing in London in the future.”

China’s foreign currency reserves (pdf) were $3.1041 trillion at the end of July, which has fallen by $117.561 billion since January. To maintain the yuan exchange rate, China has reduced its holdings of U.S. Treasuries for seven consecutive months since last December, for a total of $113 billion, bringing its U.S. Treasury holdings to a 12-year low.

“HKEX’s current climate reflects Hong Kong’s deteriorating political and business environment under the national security law. The city is no longer an international financial center. Many companies vote with their feet [to list in Switzerland], even though the CCP [Chinese Communist Party] expects Chinese companies to list on the HKEX,” Song added when asked about HKEX’s future.

Hong Kong is facing an exodus of skilled workers and expatriates on a scale not seen since the early 1990s due to the implementation of Beijing’s national security law (NSL) and two-year-long harsh anti-COVID measures in the city.

Since its enactment in 2020, the NSL has reportedly led to the arrests of over 200 people, including 12 youths. The United Nations Human Rights Committee has issued stern warnings about the deteriorating human rights situation in Hong Kong and urged the Hong Kong government to abolish the law and release the dissidents it arrested, including those imprisoned during the 2019 pro-democracy protests.

The rapid-deteriorating human rights and mass exodus of educated workers have impacted the city’s autonomy and many of its functions, making the once-flourishing international financial hub less appealing to foreign capital.

In addition, a recent survey showed that expatriates living in Hong Kong are not satisfied with personal finances, living costs, and the urban environment.