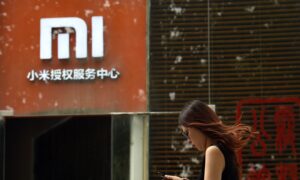 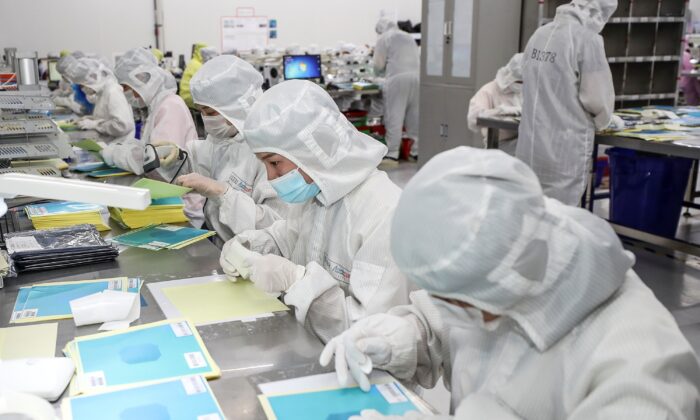 A global shortage of automotive chips has become critical this year, with almost all major automakers experiencing varying degrees of production cutbacks or short-term shutdowns resulting from a shortage caused by Chinese companies stockpiling chips.

Although Taiwan Semiconductor Manufacturing (TSMC), the world’s largest producer of chips, has activated its “super hot runs” queueing mode of production and has cut the production process in half, many orders are still delayed by 6 to 9 months for delivery.

The impact on Chinese automakers was relatively minor, at least not that obvious until the end of last year, due to massive stockpiling by Chinese companies starting in the second half of last year, which is a rare practice for an industry that seldom stocks wafers for vehicles.

According to a Chinese media outlet, after the U.S. sanctions against Huawei and Semiconductor Manufacturing International Corporation (SMIC) began in August last year, fears of a chip shortage and price hikes have caused major Chinese manufacturers, including Huawei and SMIC, to start stockpiling large quantities of chips. As a result, it is difficult to source chips, not only for cell phones and other electronic devices but also for automobiles.

According to the sanctions the U.S. administration put on Huawei and SMIC, U.S. companies require licenses to export such products to SMIC. This has led Chinese companies to buy from Taiwan through distributors, in addition to stocking up before September last year.

Micro Control Unit (MCU) is a key automotive chip, with an average of more than 70 MCU chips used in each vehicle, accounting for 30 percent of all semiconductor components used in a car, and Taiwan Semiconductor Manufacturing Company Limited (TSMC) that accounts for 70 percent of the world’s MCU production. This shows the importance of TSMC to the global automotive industry.

In order to circumvent the U.S. sanctions, Taiwanese companies in mainland China have been used. According to an April 7 report in the Taiwanese media, Taiwan’s integrated circuit (IC) design service providers in mainland China are playing the role of chip distributors. They get orders from Chinese companies in China, convert the Chinese yuan into U.S. dollars, and then remit the dollars to TSMC to buy the chips.

In the process, certain Taiwanese banks set up teams to help these companies solve their cash flow problems, as they had to be paid in U.S. dollars, not Renminbi, in order for TSMC to deliver the chips.

As for other reasons for the shortage of chips, Wei Yong, vice president of China’s SAIC Motor, said that in addition to hoarding due to the increase in chip prices, other commonly recognized reasons include the increased demand for chips in cell phones and other electronic devices during the economic recovery from the pandemic, which has squeezed the supply of chips in the automotive industry; the unexpectedly rapid development of China’s automotive industry after the epidemic subsided, and the growth of artificial intelligence and connected vehicle technology applications in the automotive sector, which has also led to a surge in demand for automotive chips.

Among the three major segments of wafer production—design, packaging and testing, and foundry—TSMC led Taiwan’s wafer production and it dominates the world in both foundry and packaging, with a global share of 66 percent and 52 percent respectively. Only packaging and testing in China accounts for 21 percent of the global share, so Chinese companies still rely heavily on TSMC for wafers.