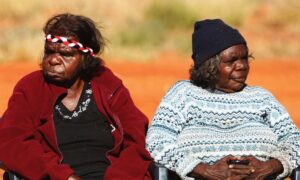 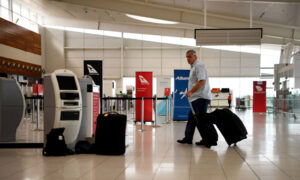 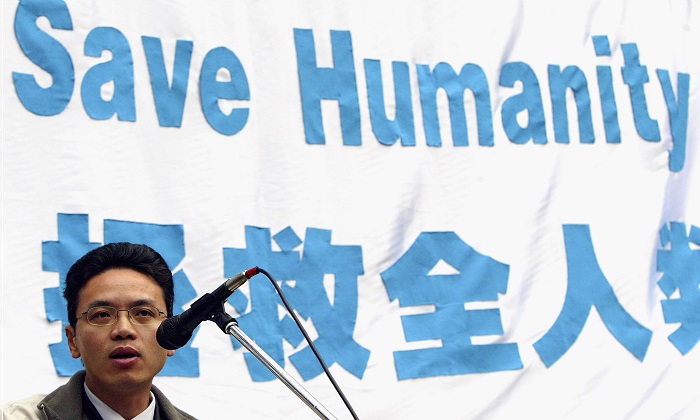 A file image of Chen Yonglin, the former Chinese diplomat not long after he defected to Australia from China, addressing a crowd during a rally at Belmore Park June 26, 2005 in Sydney. Chen is now a member of the Australian Values Alliance, a Chinese community group opposed to the influence of the Chinese Communist Party in Australia. (Mark Kolbe/Getty Images)
Australia

Australian Prime Minister Malcolm Turnbull should not only continue ‘standing up’ to Beijing but he should take further measures in dealing with China’s Communist Party’s inference in Australia, says an association of Chinese Australians.

The Australian Values Alliance (AVA), a Chinese community group opposed to the influence of the Chinese Communist Party (CCP) in Australia, said they welcomed Turnbull’s comments that stood up for national interests in the face of reports of Beijing’s interference in local affairs.

“Prime Minister Malcolm Turnbull told Australians to stand up. It was extremely necessary and timely,” said the AVA in a statement.

AVA’s statement of support comes after Turnbull said he would not back away from standing up for his country’s interests following criticism from Beijing over comments made about reports of Chinese interference in Australia’s affairs.

Speaking to journalists, Turnbull rejected the reproach from China’s Foreign Ministry spokesperson Geng Shuang who said that the Australian leader was pandering to “irresponsible reports by some Australian media.”

A day earlier, Turnbull said he had taken seriously media reports of Chinese meddling in Australian politics and the broader community.

In response to Geng’s comments, Turnbull said he would “stand up” for Australians.

“And we stand up and so we say, the Australian people stand up,” he said.

. @TurnbullMalcolm : Turnbull has denied he feels intimidated or bullied by China's complaint. 'Chinese people stand up for their sovereignty and they expect Australian people and particularly Australian leaders to stand up for theirs'. MORE: https://t.co/sRwmUNcEVW pic.twitter.com/TtucgLLwM2

While historical accuracy of the so-called words from 1949 have been negated or doubted by China experts, Turnbull’s comments are being seen as a strong response to Beijing’s criticism amidst widespread concern over CCP interference in Australian affairs.

The Australian Values Alliance – which has former Chinese diplomat Chen Yonglin and China expert Professor Feng Chongyi as core members – said that when dealing with a bully regime such as China’s communists, Australia has no choice but to stand up.

“When dealing with this kind of country, Australians have no choice but to stand up by firmly saying ‘no,'” said the AVA statement.

The Cover of the latest edition of The Economist. Beijing’s heavy handed interference campains are being noticed around the world. You now have to be wilfully blind to deny it. pic.twitter.com/h7Vz6CdE7i

The AVA detailed what they say are the CCP’s activities in Australia.

“[The CCP also intimidates] Australian scholars and media that speak frankly, intimidating and interfering with the normal teaching and operations of Australian tertiary and other educational institutions,” said the statement.

“[To do this, Beijing uses] money, power or sex to bribe or entrap Australian politicians and subsequently control them, et cetera.”

The AVA’s statement also follows recent media coverage on Australian Labor Party (ALP) senator Sam Dastyari who resigned earlier in the week over his support of certain Beijing polices and his links with a CCP-linked Chinese billionaire.

The initial reports on Dastyari were part of an in-depth investigation carried out by Fairfax and the ABC that revealed the extent of CCP interference in Australia’s political system and within the Chinese-Australian community.

The Australian Values Alliance made suggestions on how the government could deal with such foreign inference effectively – one of which was implementing “fair reciprocity” legislation.

The AVA was established last year to protest proposed concerts in several Australian cities that celebrated the “Chinese dictator and butcher Mao Zedong.” The pressure applied by AVA and media attention successfully saw the cancellation of those concerts.