‘An Unprecedented Evil Persecution’—Chapter Nineteen: Under Shen Yun’s Glaring Brilliance the Chinese Communist Party Is in an Awkward Position
0 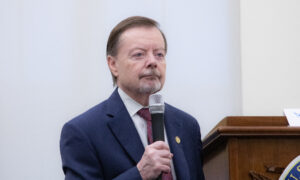 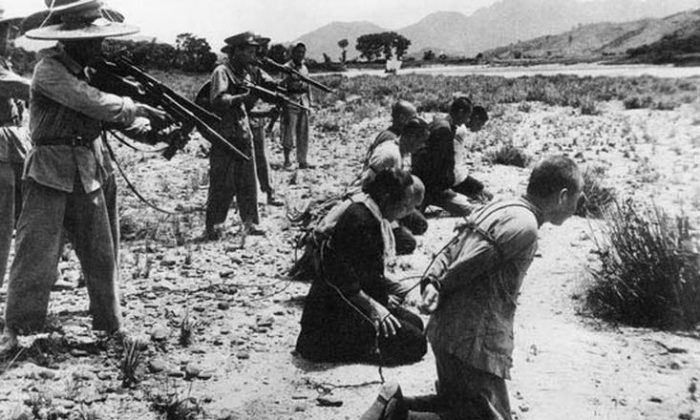 From its inception, the Chinese Communist Party concocted cruel and inhumane forms of torture, particularly during World War II.

During the Second Sino-Japanese War, which lasted from 1937 and 1945 and later merged into World War II, CCP forces carried out bloody massacres, according to a Catholic priest who was living in the country at the time.

In his 1950 book, “Enemy Within,” Father Raymond J. De Jaegher detailed the CCP’s ignoble origins in several accounts. In one story, he recounts CCP officials requiring everyone trot out to a square in a village before teachers led children to the square from school. Patriotic songs were sung by the children at the behest of the instructor.

Then, after announcing made-up charges against 13 accused young men, the executioner—a communist soldier—took out a knife.

“The soldier went behind the first victim, quickly raised a big sharp knife and struck downwards, and the first head fell to the ground,” according to De Jaegher, as quoted in the book, “Nine Commentaries of the Communist Party.”

As it happened, the children’s singing devolved into chaotic screaming and crying. “The teacher kept the beat, trying to keep the songs going; her bell was heard ringing over and over in the chaos,” his account details.

Twelve more executions were carried out in front of the children.

But it gets worse: communist soldiers cut the victims’ chests open and took out their hearts in a sort of macabre ritual. Again, in front of the children, according to De Jaegher’s account.

“After that, Father De Jaegher often saw children being forced to watch killings. The children became used to the bloody scenes and numb to the killing; some even started to enjoy the excitement,” according to the “Nine Commentaries.”

During the war, he witnessed killings and cruel forms of torture at the hands of communist soldiers, including forcing a victim to swallow great amounts of salt without letting him drink any water, stripping someone and forcing them to roll on broken glass, or smashing open a hole in a frozen river before throwing the victim inside.

And in Pingshan, Shenzen, the Catholic priest saw a father skinned alive by CCP members, forcing his son to watch and participate in the torture.

“The CCP members poured vinegar and acid onto the father’s body and then all his skin was quickly peeled off. They started from the back, then up to the shoulders and soon the skin from his whole body was peeled off, leaving only the skin on the head intact. His father died in minutes,” according to the “Nine Commentaries.”