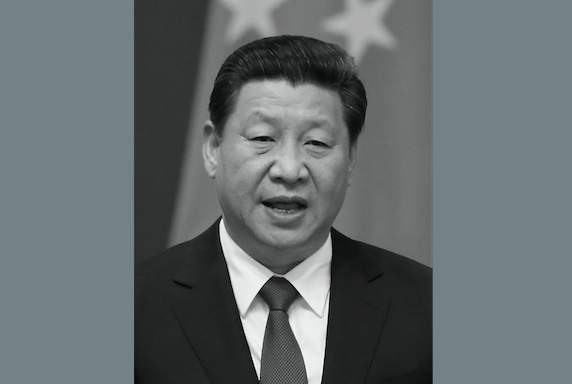 Xi Jinping in Beijing on July 9. Xi recently said that the struggle against corruption is a matter of life and death. (Feng Li/Getty Images)
China

Less than a week after a long-awaited investigation of the former Chinese communist security chief was officially announced, Party leader Xi Jinping said in an internal meeting that the struggle against corruption is for him a matter of “life and death.”

“When it comes to struggling against corruption, life and death and reputation mean nothing to me,” he is reported to have said.

The remark was relayed to the Party chief of Changbaishan City by a roving anti-corruption team, and then published in the Changbaishan Daily, an official media in Jilin Province, on Aug. 1.

The article was later inaccessible from the newspaper’s website, though it still shows as the lead front page item on Aug. 4.

Xinhua, the official mouthpiece, plus major news portals, followed up with commentary and analysis of the article, though these were later deleted. The sense among observers was that the remarks were a signal as to the continuing severity of the ongoing Party rectification, or purge, which is officially identified as an anti-corruption campaign.

In the Chinese communist political context, anti-corruption campaigns are often a means of disguising a political objective. Zhou Yongkang, the felled security boss, was a chief character in the primary Party faction that is believed to have opposed and even sought to undermine and replace Xi Jinping’s rule.

In 2012, well-placed insiders and observers say, Zhou had intended to lift into his place as security czar Bo Xilai, the calculating Politburo member who ruled over Chongqing. With control of the immense security apparatus firmly in their hands, Zhou and Bo had then, the plan went, intended to replace Xi Jinping with Bo Xilai.

These men were protégés of former leader Jiang Zemin, and all were united politically by their key roles in carrying out the persecution of the Falun Gong spiritual practice, a violent campaign that became the focus of the later years of Jiang Zemin’s tenure, and whose maintenance came to occupy his energies for nearly a decade after his retirement from Party leadership in 2002.

A number of observers of China’s political system, among them Li Dongwei, the former editor of the China Reform journal and a well-placed intellectual and political commentator in China, believe that a good portion of Xi Jinping’s ostensible anti-corruption efforts over the last 18 months have been reprisals for the 2012 coup attempt.

Li set forth his views in an interview with Voice of America recently. Observers said that it would be politically dangerous and untenable for Xi not to harshly deal with the individuals that tried to unseat him.

The recent report about Xi’s remarks comes amid a series of similarly strong-worded claims through the state-run propaganda apparatus, all of them expressing his resolve to continue the “anti-corruption” struggle.

A recent headline in People’s Daily, the mouthpiece of the Party, stated, “There Will be No Soft Touch in the Eradication of Corruption.” These and other statements in the official media were helpfully explained by China Central Television, another mouthpiece of the state, so the public and the Party could digest what was going on.

A presenter on CCTV’s “News1+1” program referred to the announcements in the context of the expulsion from the Party of former Central Military Commission Vice Chairman Xu Caihou, and a string of other officials.

Xu was formerly one of the most powerful military men in China. His public punishment came as a shock to observers, demonstrating the thoroughgoing nature of the campaign Xi Jinping is waging against political opponents who are also guilty of massive corruption. Xu was appointed by former Party leader Jiang Zemin, who also happens to be the patron of Zhou Yongkang and a string of other officials that Xi Jinping has gone after.

Increasingly, it seems that the lingering, awkward presence of Jiang Zemin, now 88, in the background of this campaign is coming more to the fore.

Unconfirmed reports appeared recently on Weibo, China’s version of Twitter, showing workers in various cities around the country ripping down large plaques of Chinese characters, composed by Jiang or prominently featuring his name. Jiang has a reputation for craving media attention, and he is also a favorite target for ridicule in China. A recent article went viral on the Internet comparing Jiang to a giant toad.

Further, a number of leaks to overseas Chinese media over the last few weeks and months, including to Epoch Times, indicate that Xi Jinping is taking aim at a number of Jiang’s other key peers and lieutenants, including Zeng Qinghong and Jia Qinglin, both former members of the all-powerful Politburo Standing Committee.